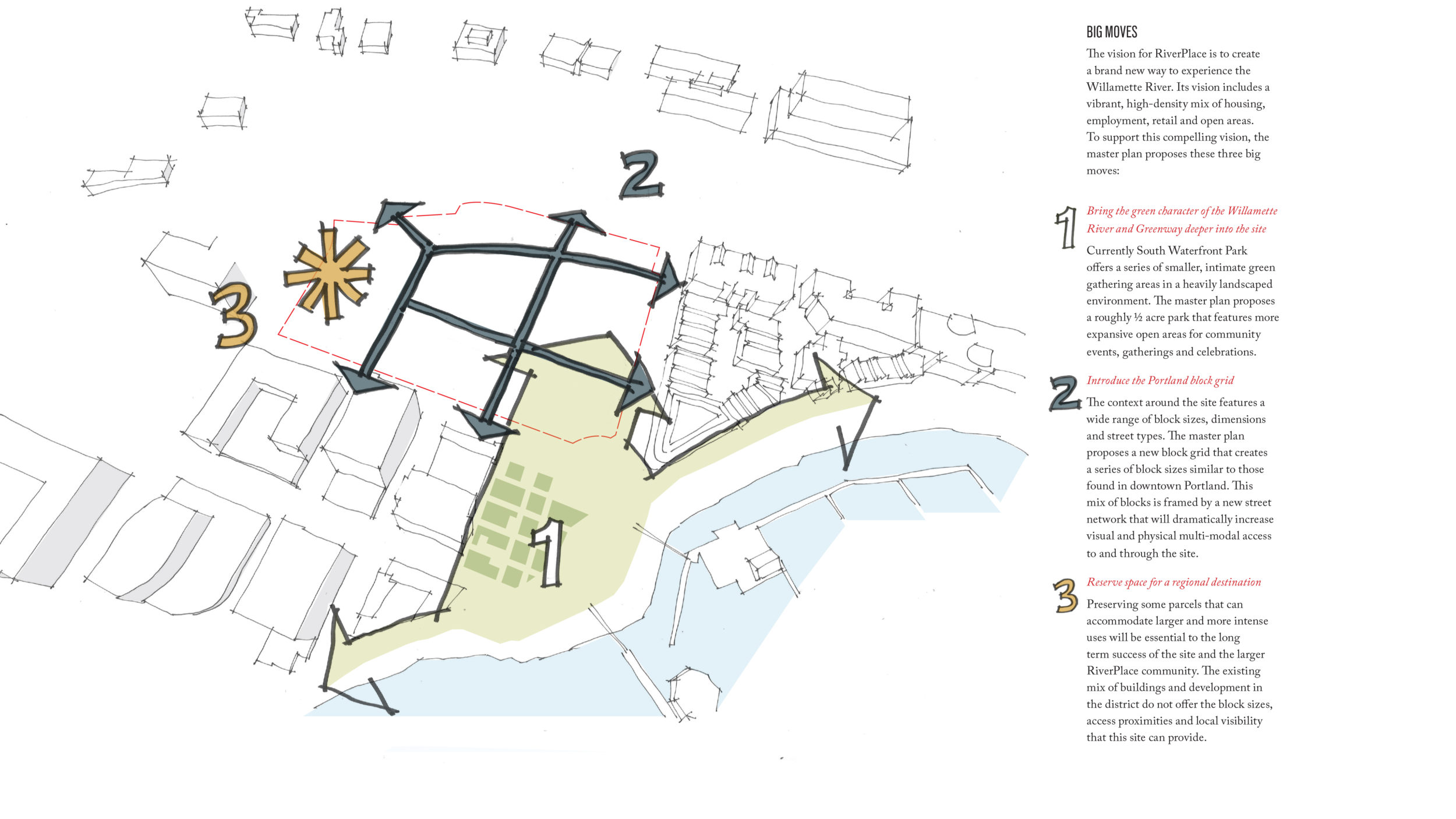 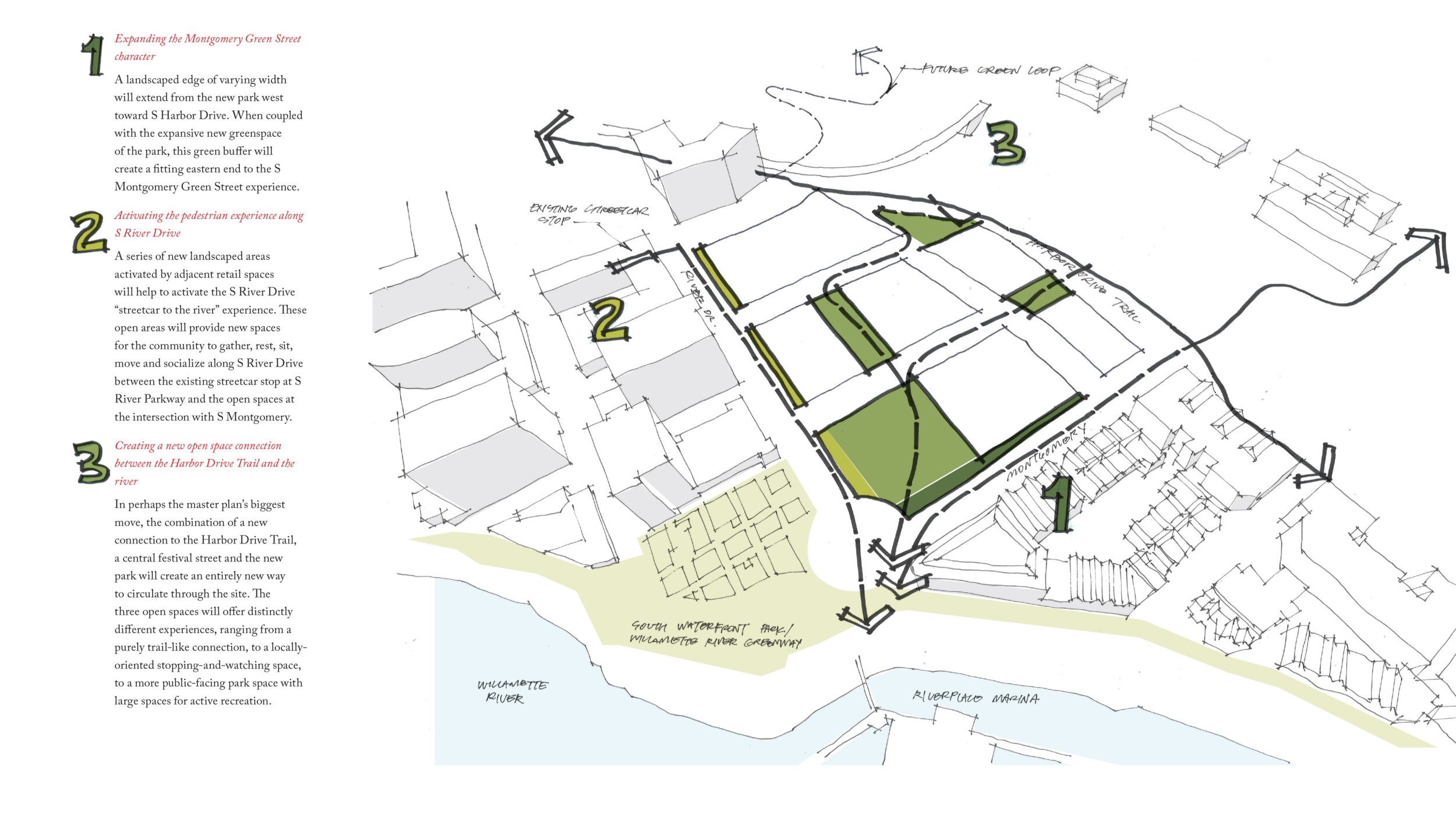 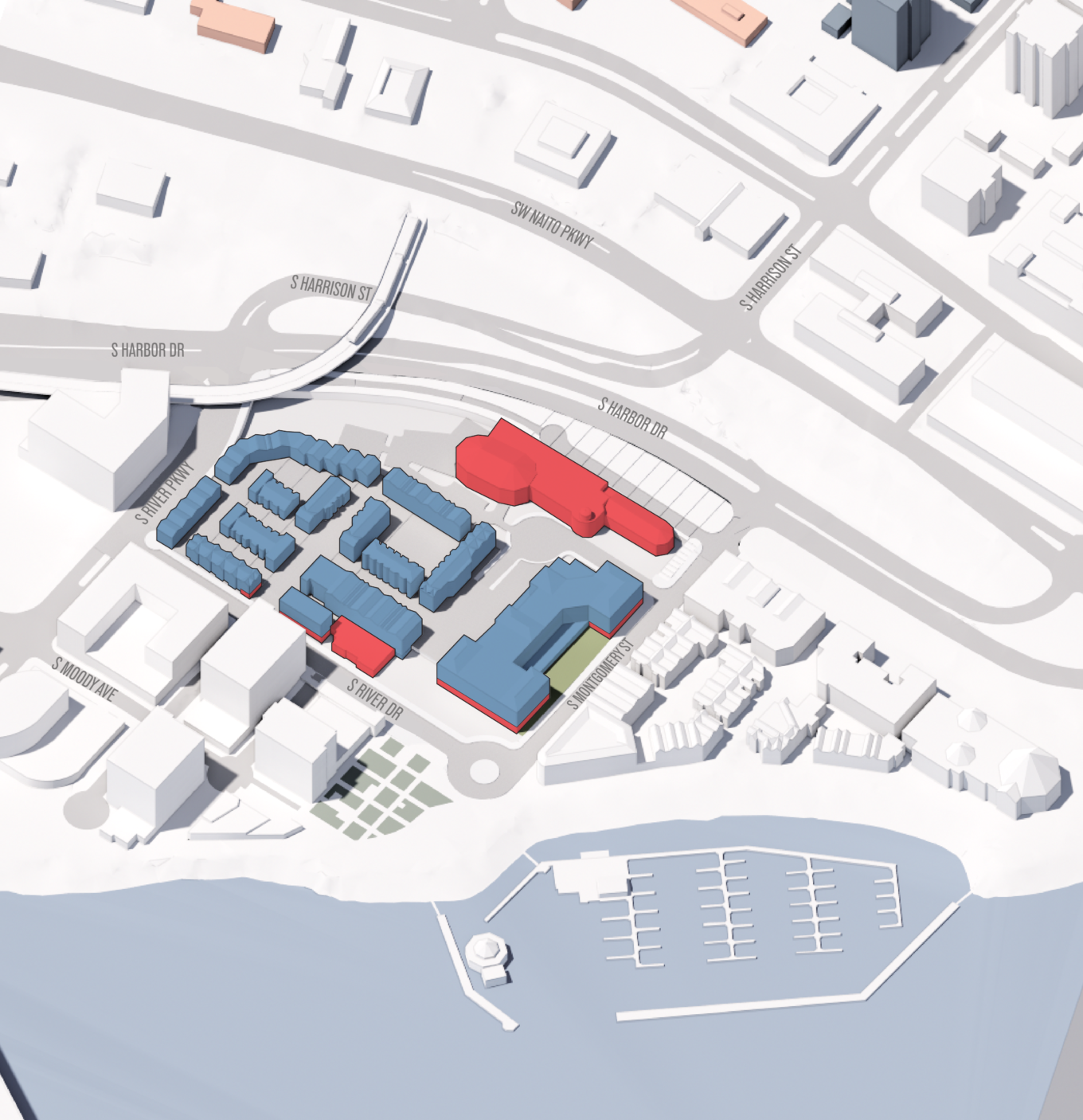 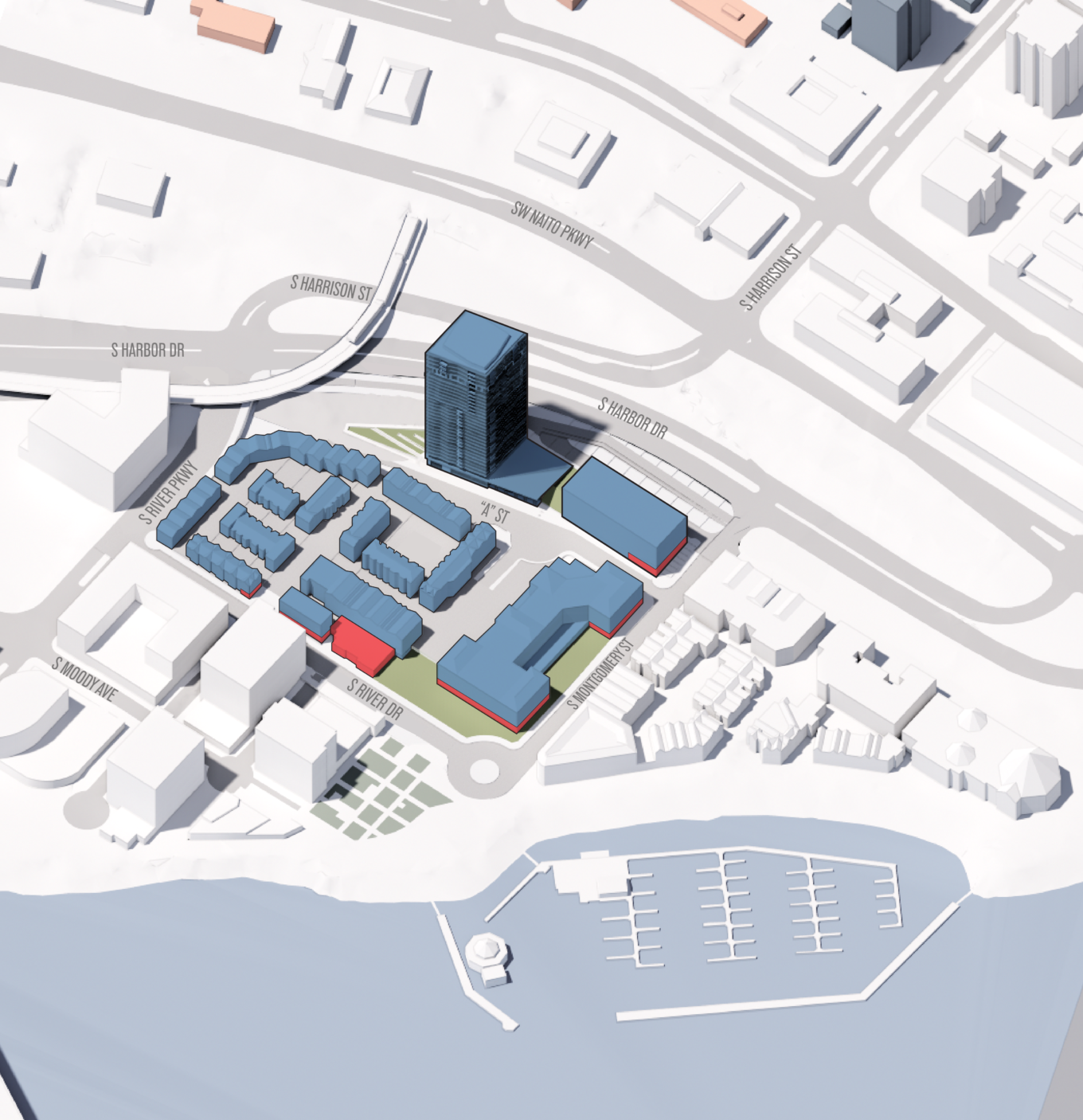 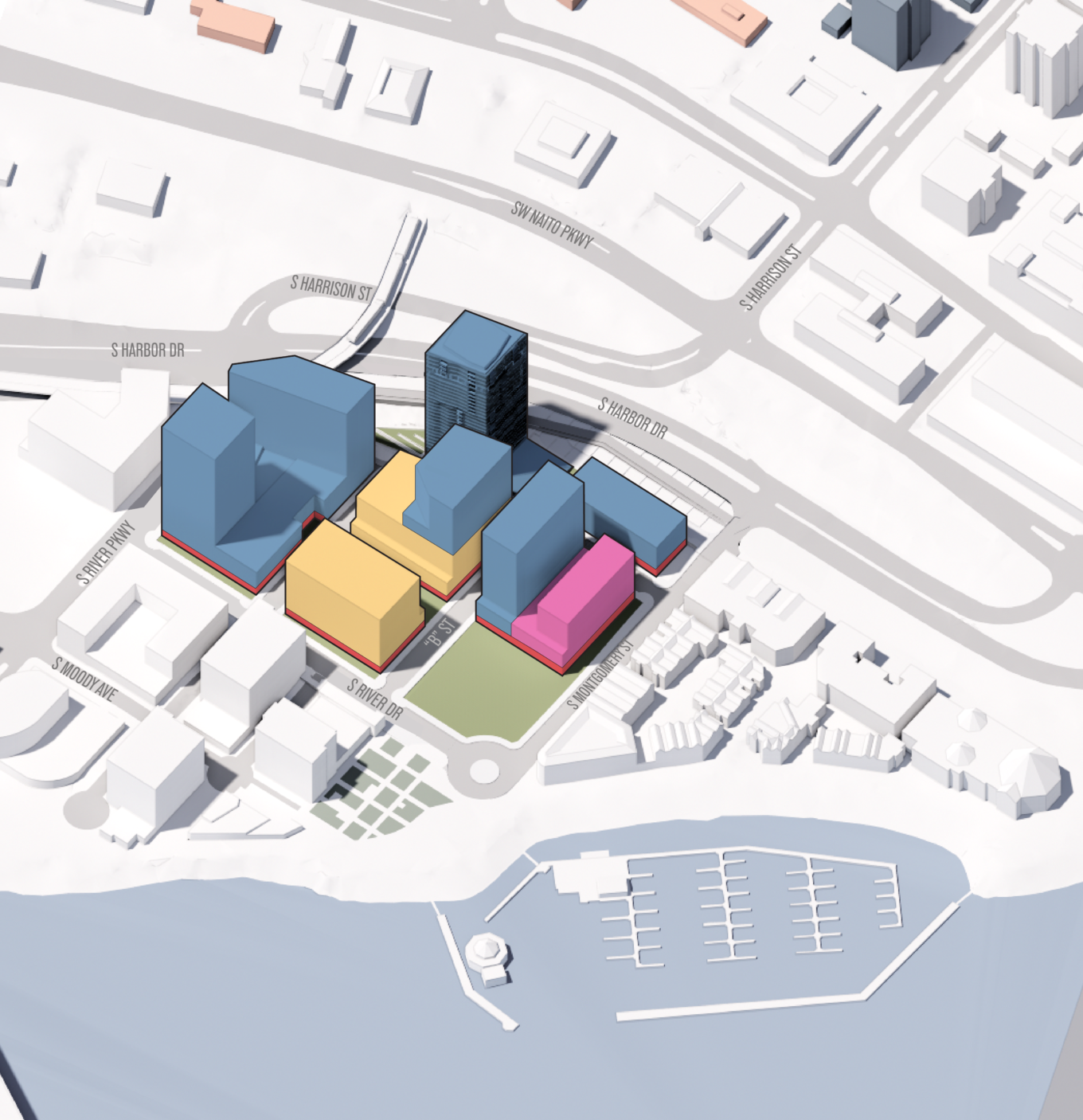 GBD has been exploring catalytic redevelopment options for 8 acres of the RiverPlace development in South Downtown. The large site is bounded by SW Montgomery, River Drive, River Parkway and harbor Drive. It presents a great opportunity to increase density and add housing near significant city and regional amenities including South Waterfront Park, the Willamette River and Greenway, transit like the Portland Streetcar and access to the Harbor Drive Trail and future Green Loop.

The future vision for the site includes a high-density mix of housing, office and retail in compelling buildings framing a series of new open spaces that bring the feeling of the river and greenway deeper into the site and city. The new development has the potential to not only reshape the district but also create a regional attraction through a combination of grand open spaces and space for new event centers or focal points like grocery stores. It is planned to add new streets through what is currently largely a private block with limited public access through it.