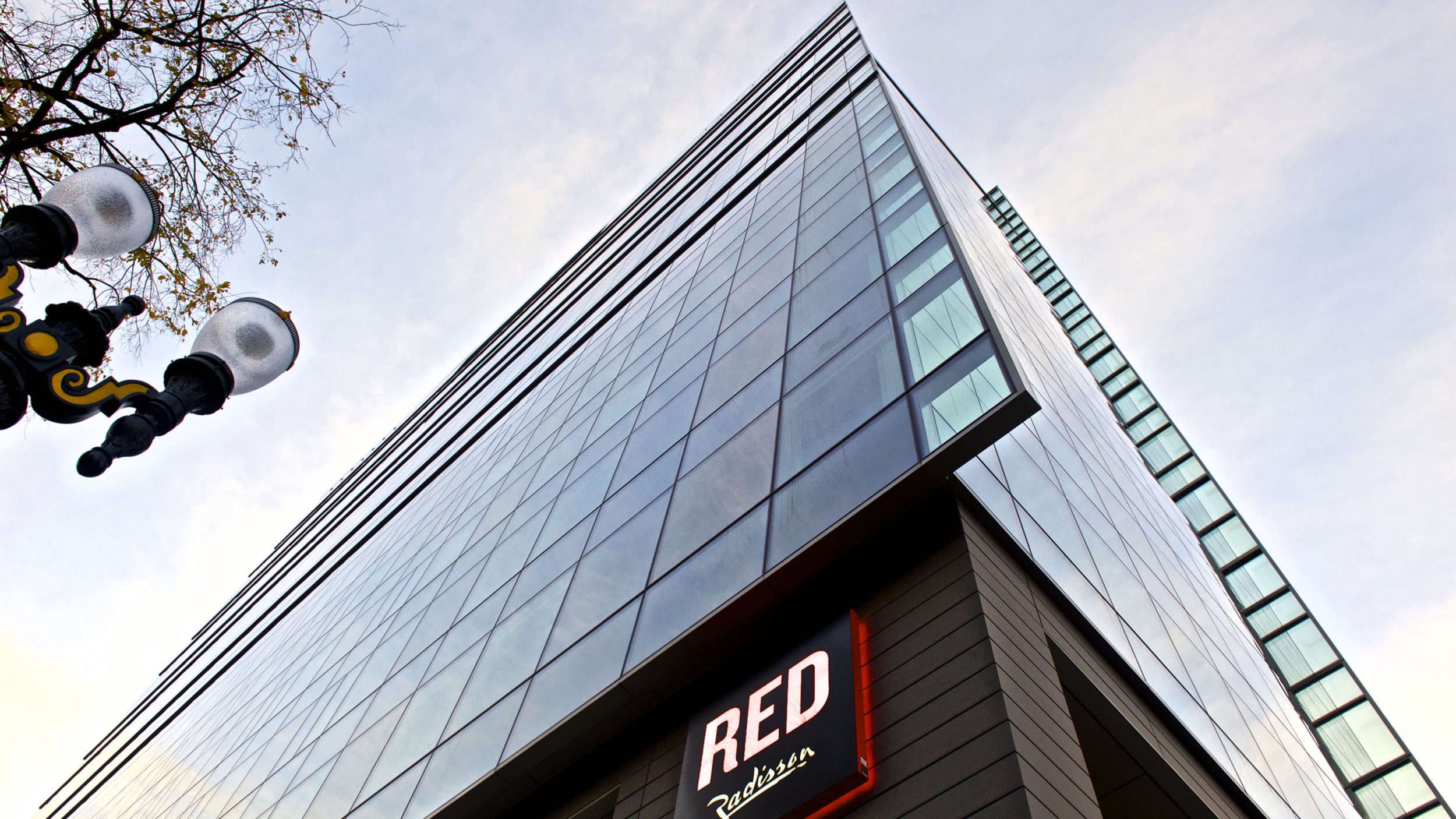 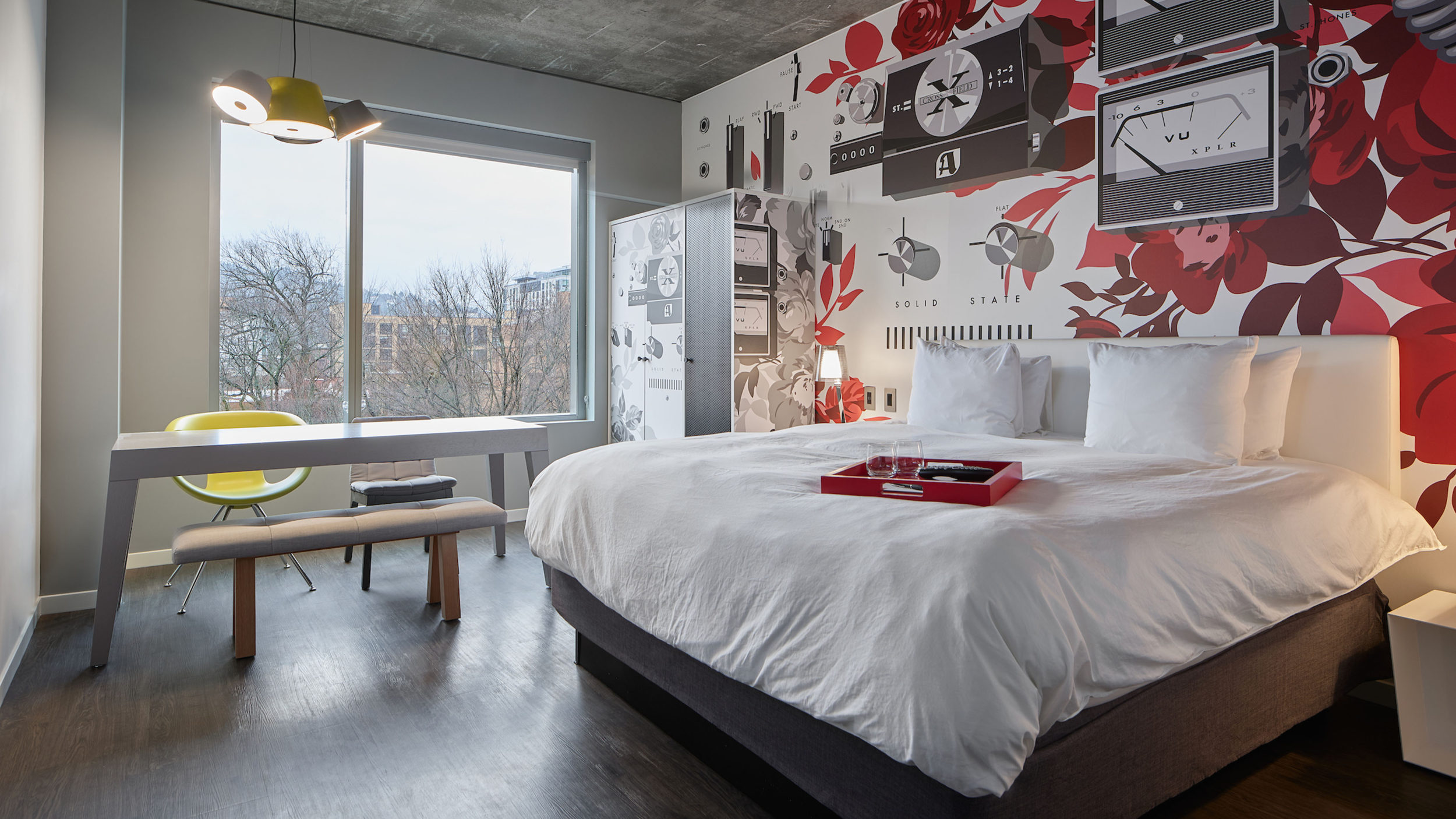 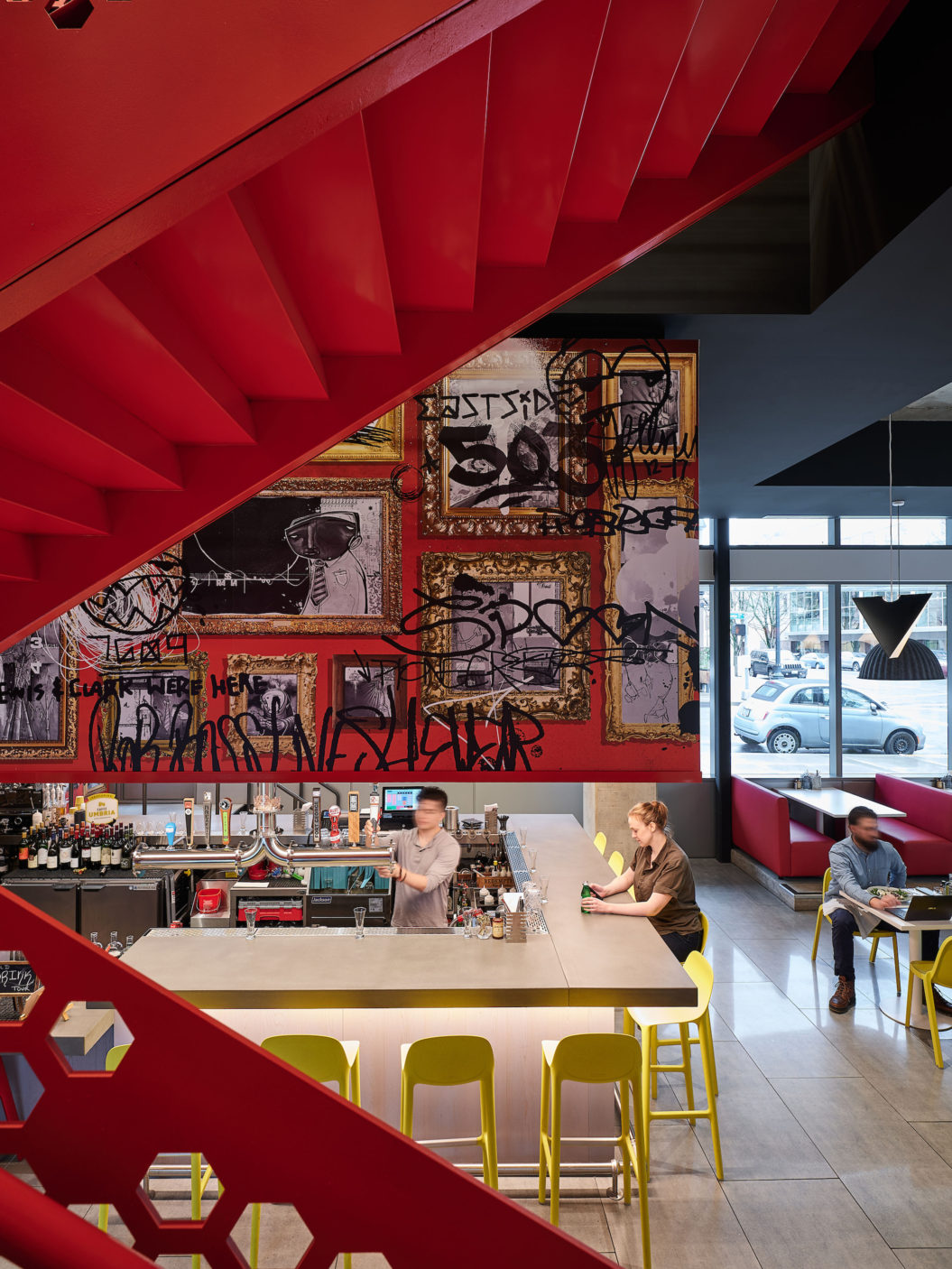 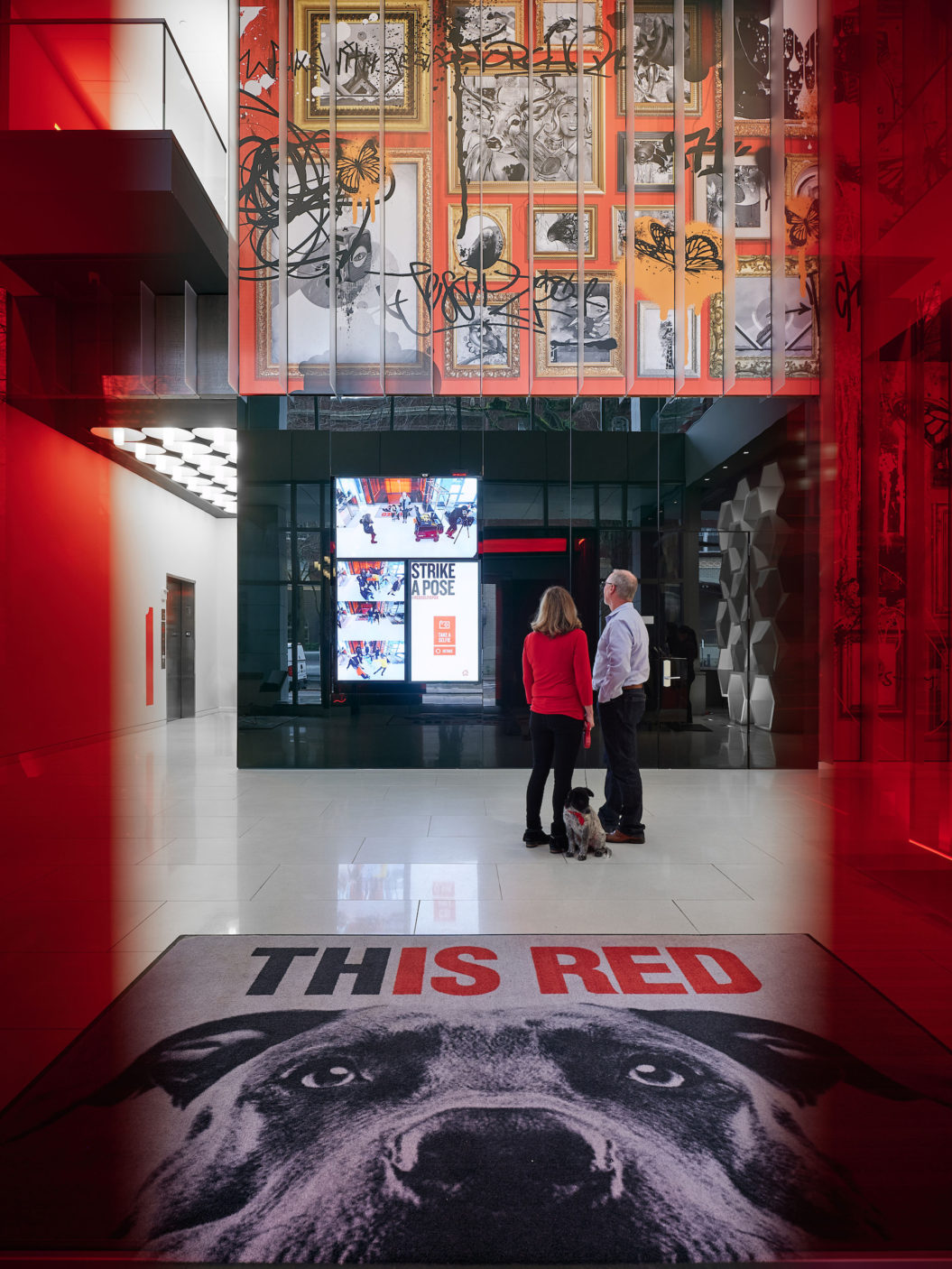 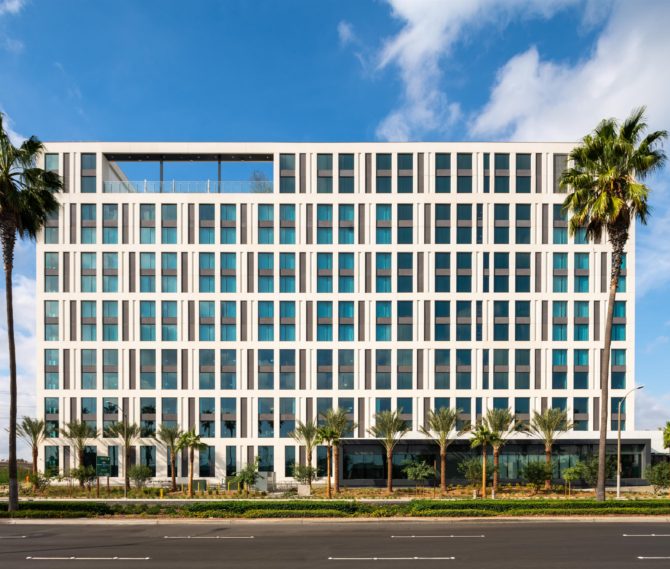 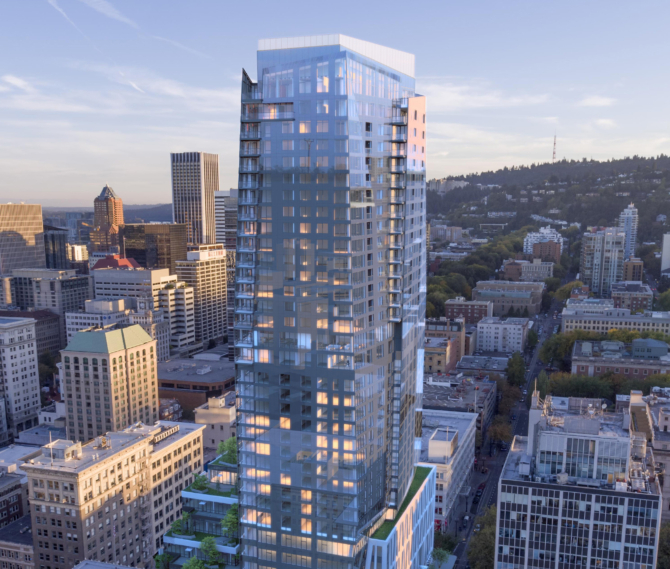 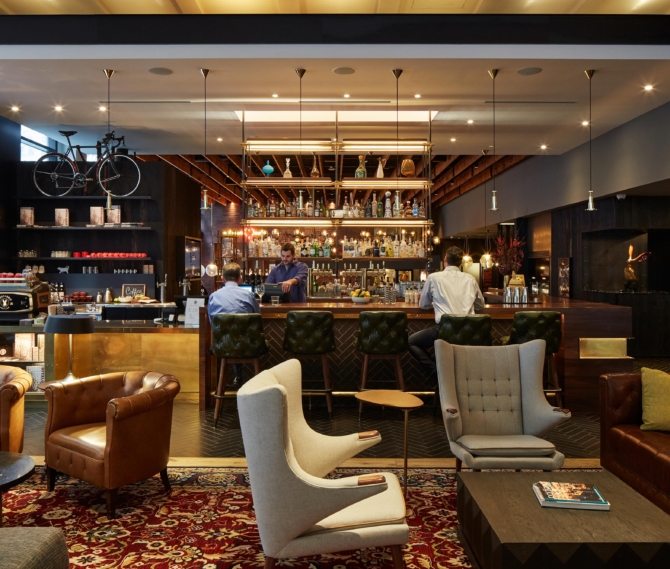 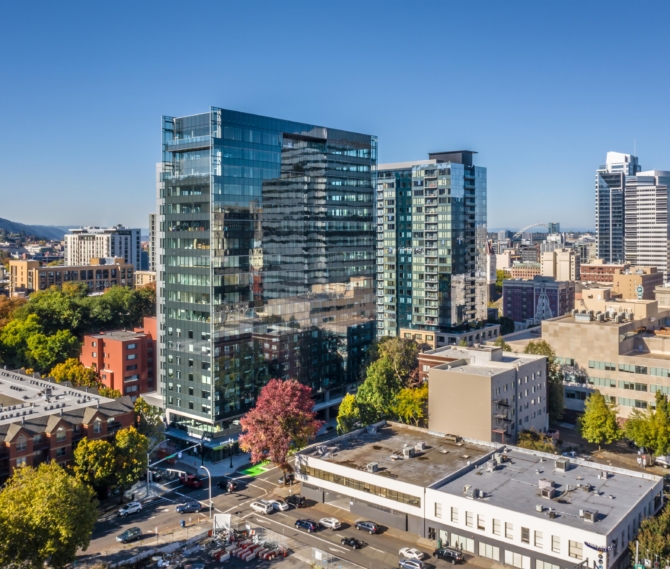 The new Radisson RED in Portland occupies the first eight floors of a 19-story mixed-use building, known as Broadway Tower.

Radisson RED is driven and enhanced through local art, music and fashion and appeals to guests who have an ageless millennial mindset. The hotel’s design builds flow between spaces, breaking down walls traditional hotels use to separate areas such as the lobby, restaurants, bars and meeting spaces. The design of the hotel marries these traditional spaces into one integrated, flowing ‘social hive’. The Radisson RED stay experience is complemented by an app that in addition to providing keyless entry to rooms allows guests the ability to order food and services as well as stream wirelessly from their device to the television.

The hotel also features the brand’s signature food and
beverage outlet, OUIBAR and KTCHN. The bar and restaurant serves locally sourced, sustainable food inspired by global street fare done simply and efficiently. It also captures the Coffee + Craft culture of Portland with a menu of local coffee beverages and beer, among other craft libations.