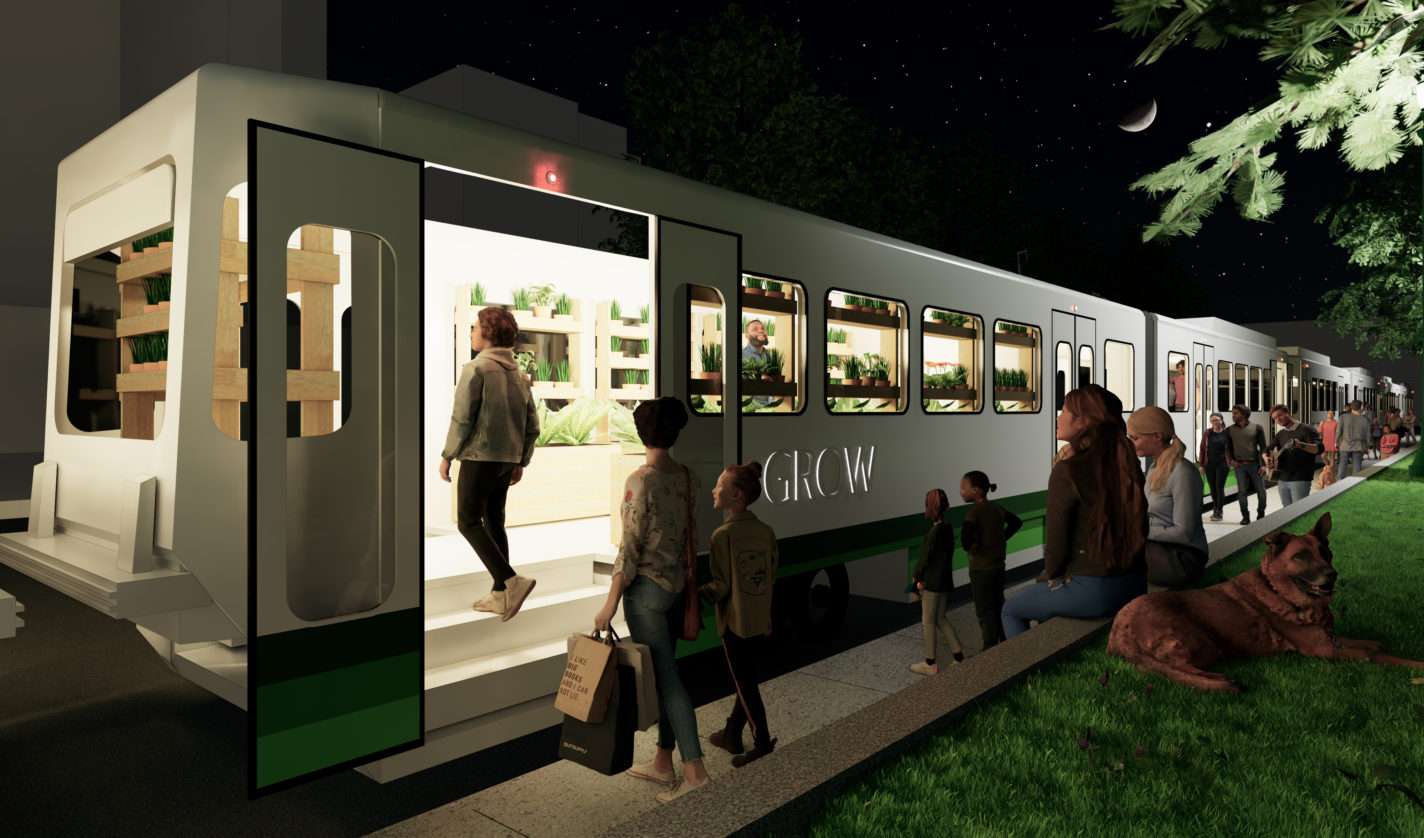 TriMet, the City of Portland’s Bureau of Planning and Sustainability and PSU Architecture’s Center for Public Interest Design hosted a design competition for reuse ideas for their soon-to-be-retired fleet of Type 1 MAX light rail cars that date back to the mid-1980s. There are about 20 of the original high-floor iconic MAX cars that will be phased out of service over the next 12 months after rolling around the region for about 35 years.

There were 10 entries in the design competition, and the GBD+ team of Annie Mahoney, Stephanie Morales, Sanjay Sridhar, Mark Raggett, and Marcus Sauble were selected as the winner.  The jury included Bob Hastings of TriMet, Julie Livingston of Home Forward, and Maria Davila Bores from City of Hillsboro Parks and Recreation.  There is an exhibit of all the boards at the Oregon Rail Heritage Center located near OMSI that opened on August 25.

The “MAX Village” concept proposes a mobile community offering multiple services to the most vulnerable populations. Because the proposal keeps the cars on the rails, the “village” can be moved (or maybe moves itself) to different locations as needed — where TriMet has surplus train storage areas — around the city and region. 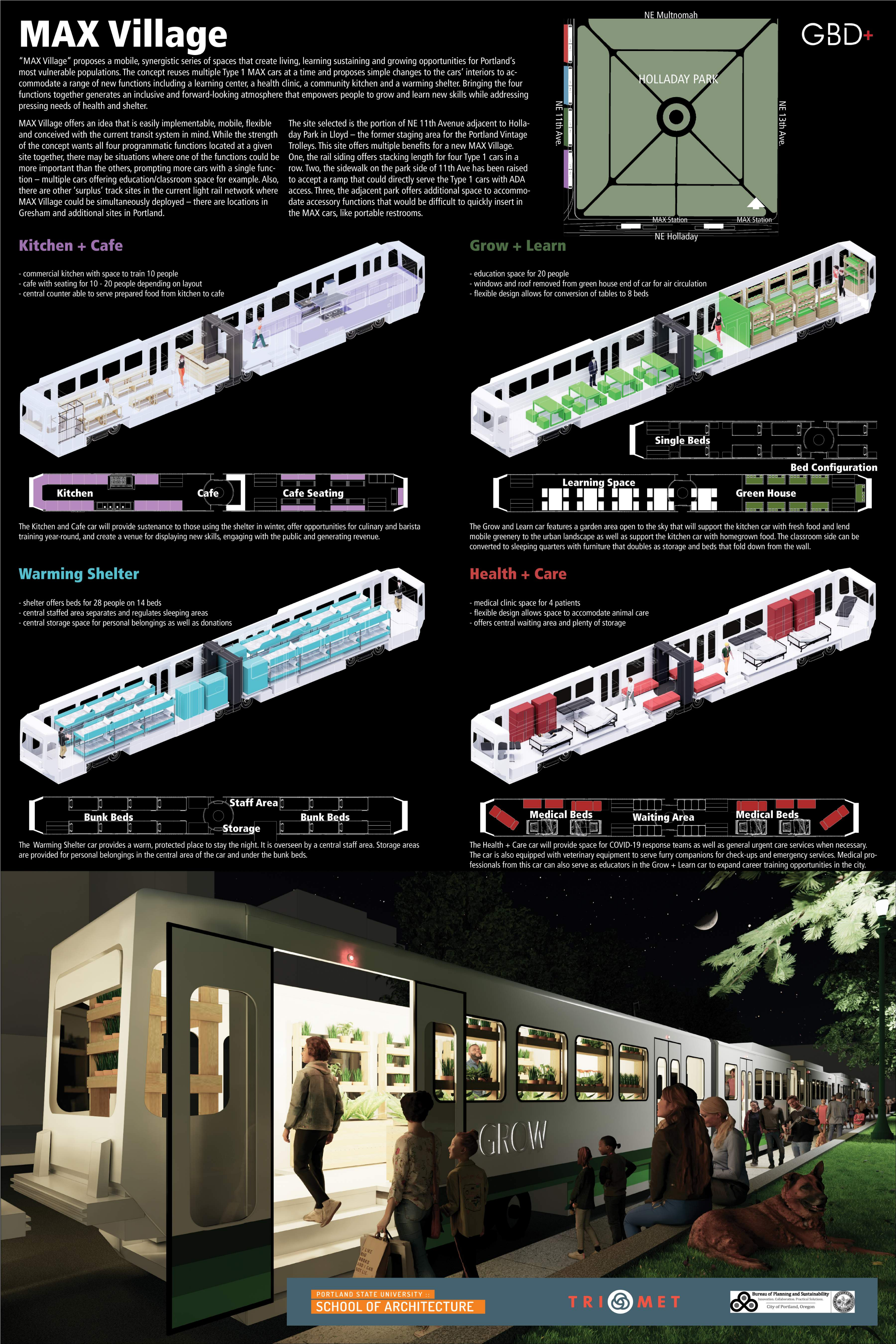