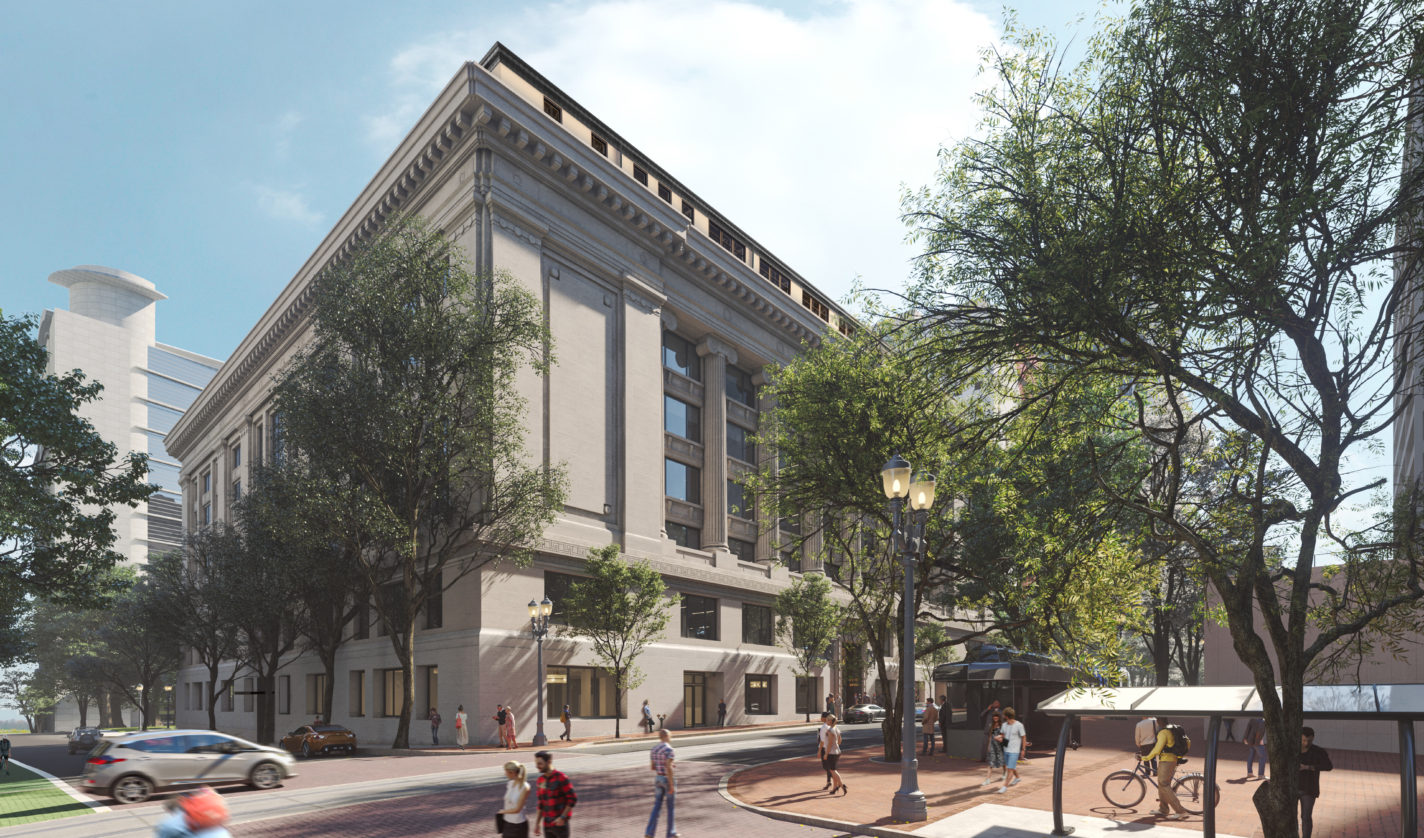 The renovation of the Multnomah County Courthouse received Historic Landmark’s Commission approval on August 24th.   A landmark of local history and urbanism, the Multnomah County Courthouse (MCC) has been an anchor of civic life in Portland for more than a century. Originally designed by Whidden and Lewis and built between 1909-1914, the full-block building is noteworthy for its neoclassical design, as evidenced by its addition to the National Register of Historic Places in 1979.

In 2019, GBD was approached by NBP Capital to re-imagine the MCC into a viable asset for the 21st century, with the stated goal of repositioning the building from a county-owned courthouse to a unique, commercially viable mixed-use asset that preserves it legible history. To date, GBD’s approach to the project has been twofold: maintain the historic design while creating elegant and simplified spaces that support new and contemporary uses including office, restaurant, and event spaces. The project will pursue LEED Gold, a testament to the longevity of this historic and cultural resource. Building plans also call for a full seismic upgrade to ensure is resiliency for the next 100 years.

As a strategy of modern interventions in support of historic preservation, the repositioning of the MCC will redefine the building for the next generation of Portlanders, retaining its history while transforming its use.