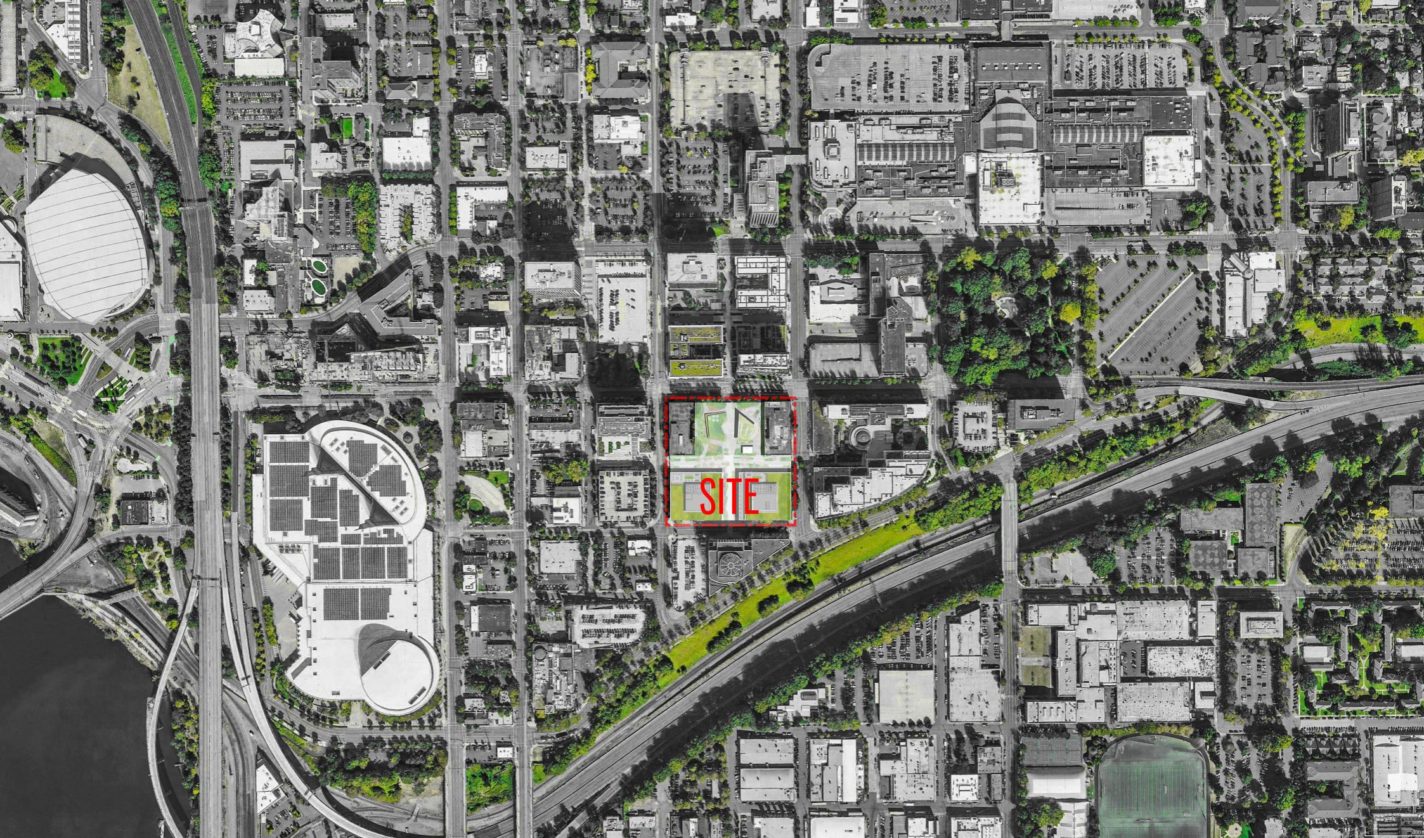 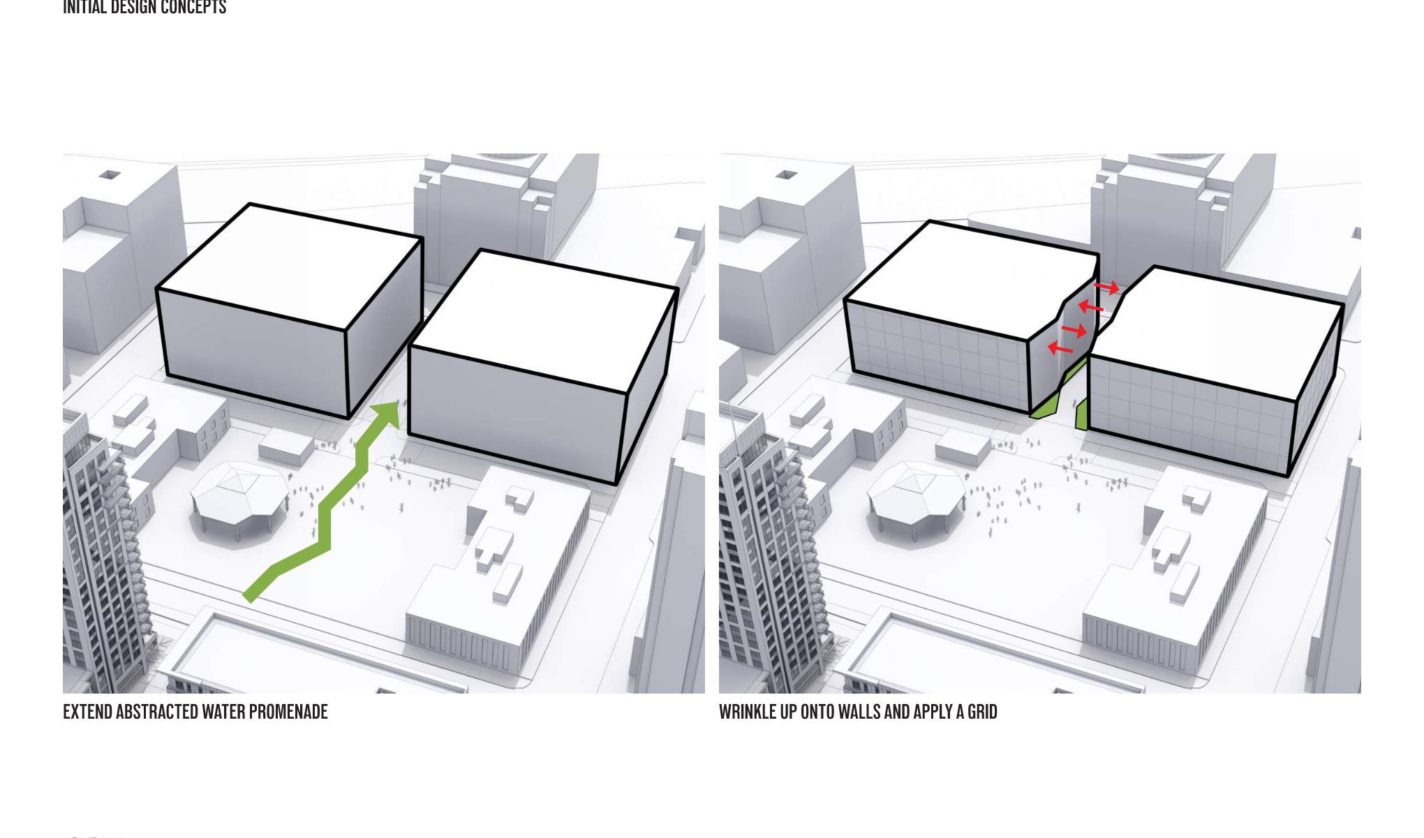 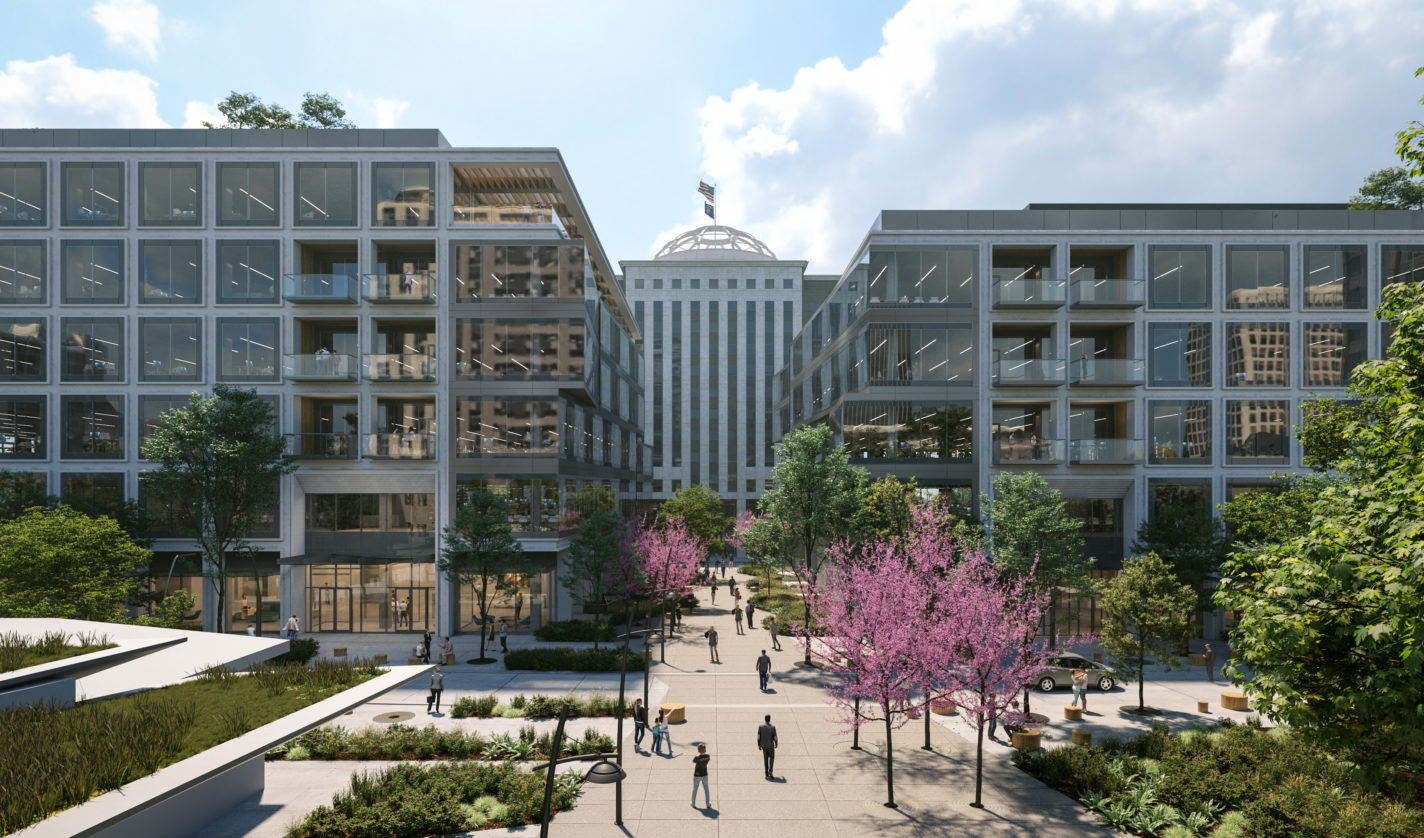 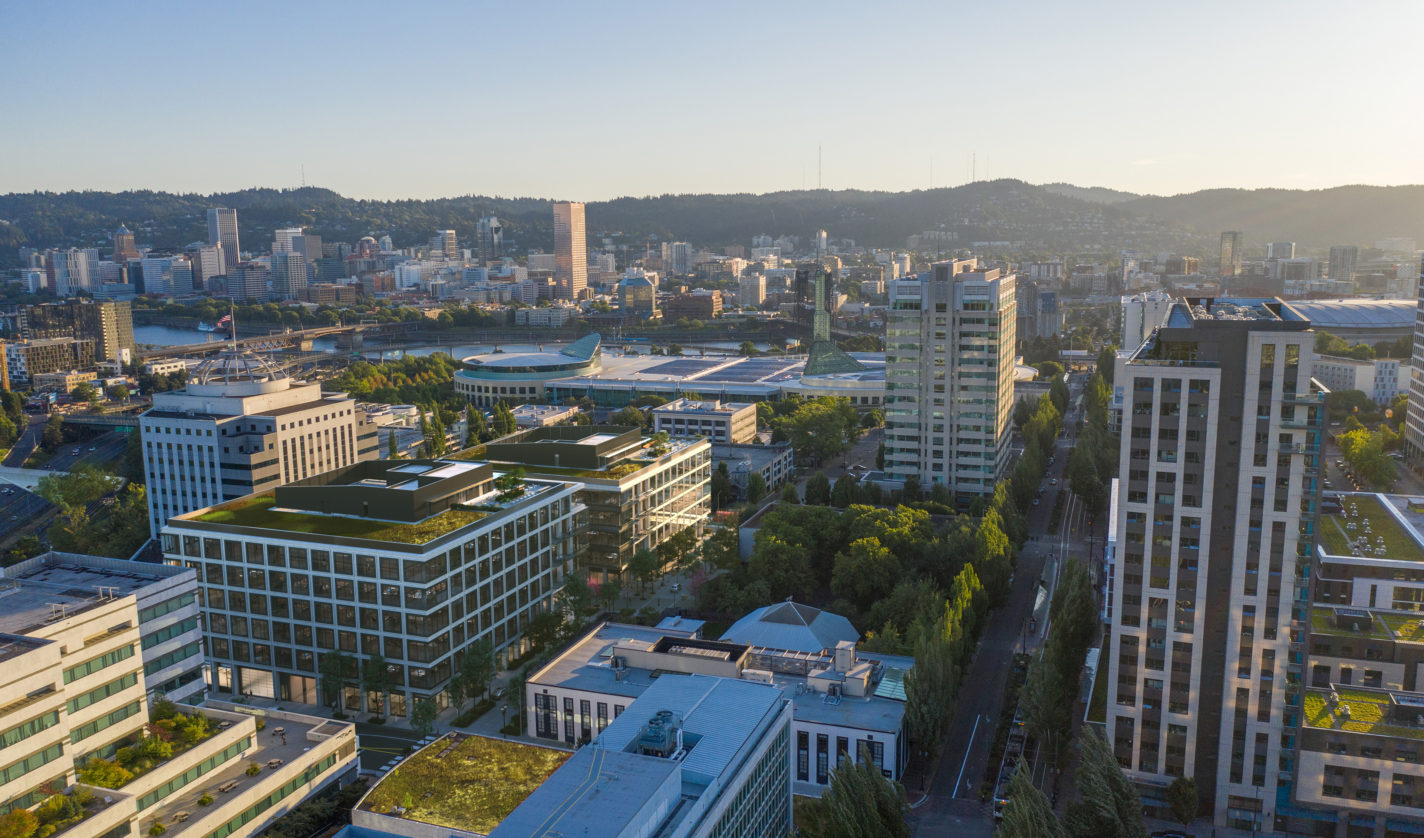 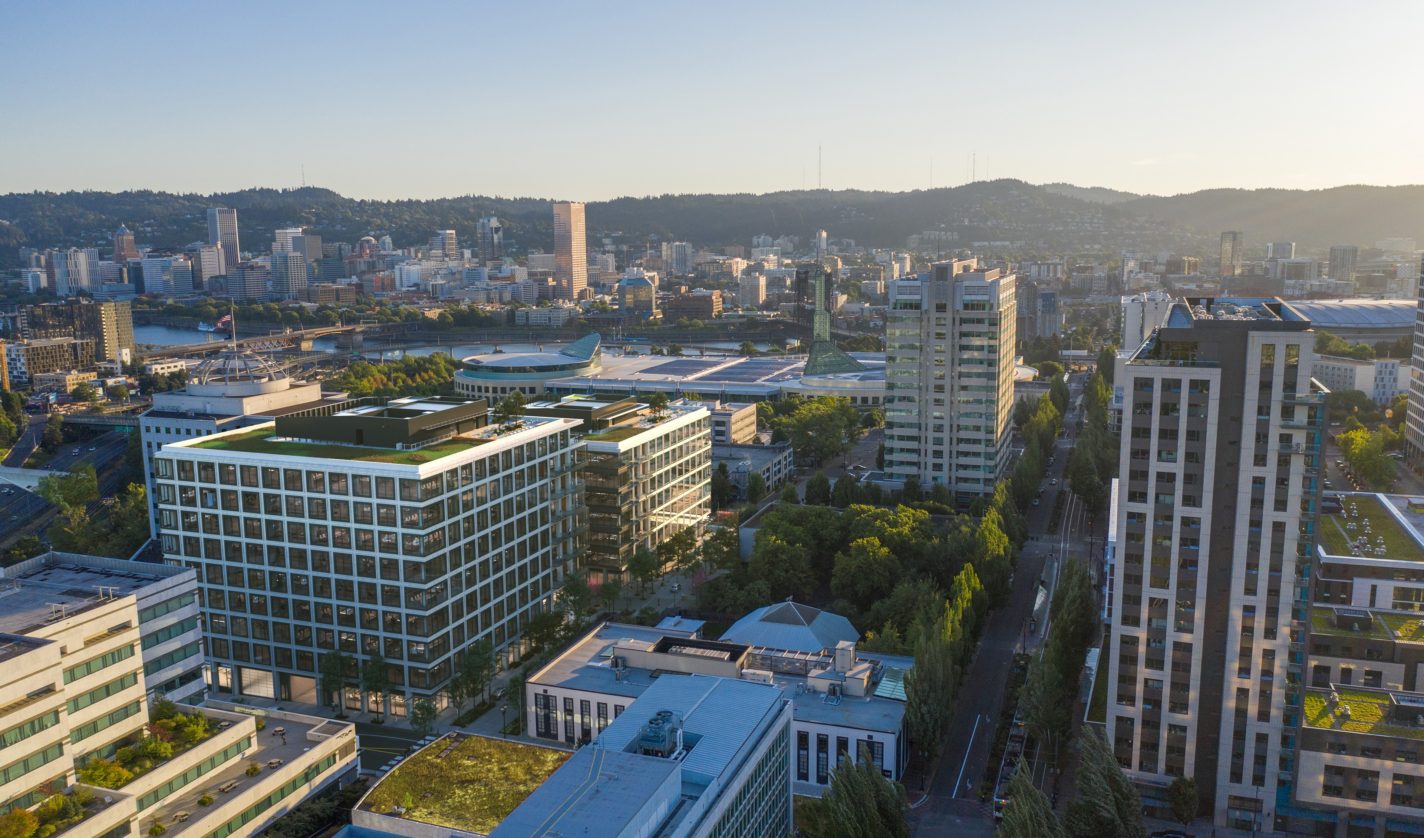 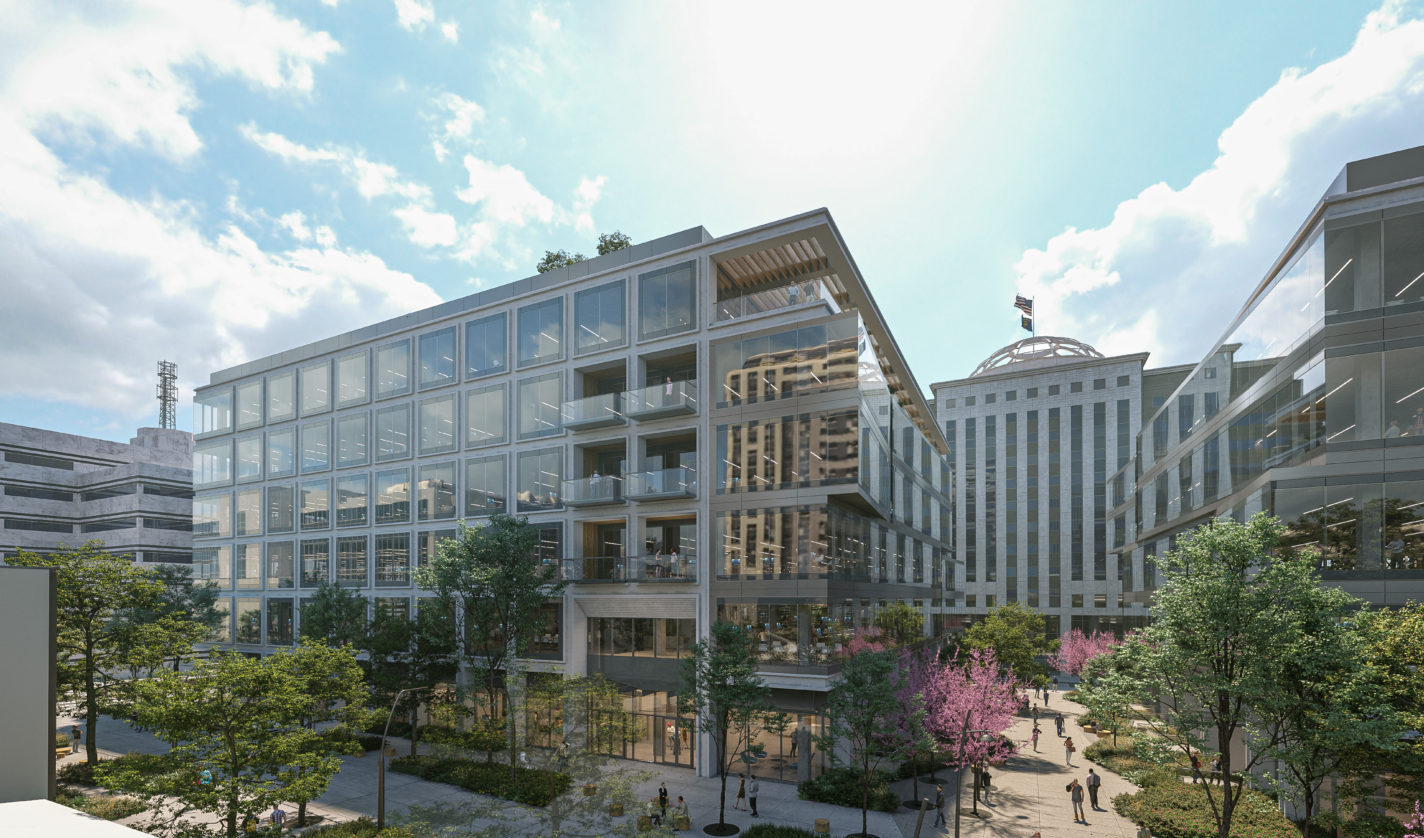 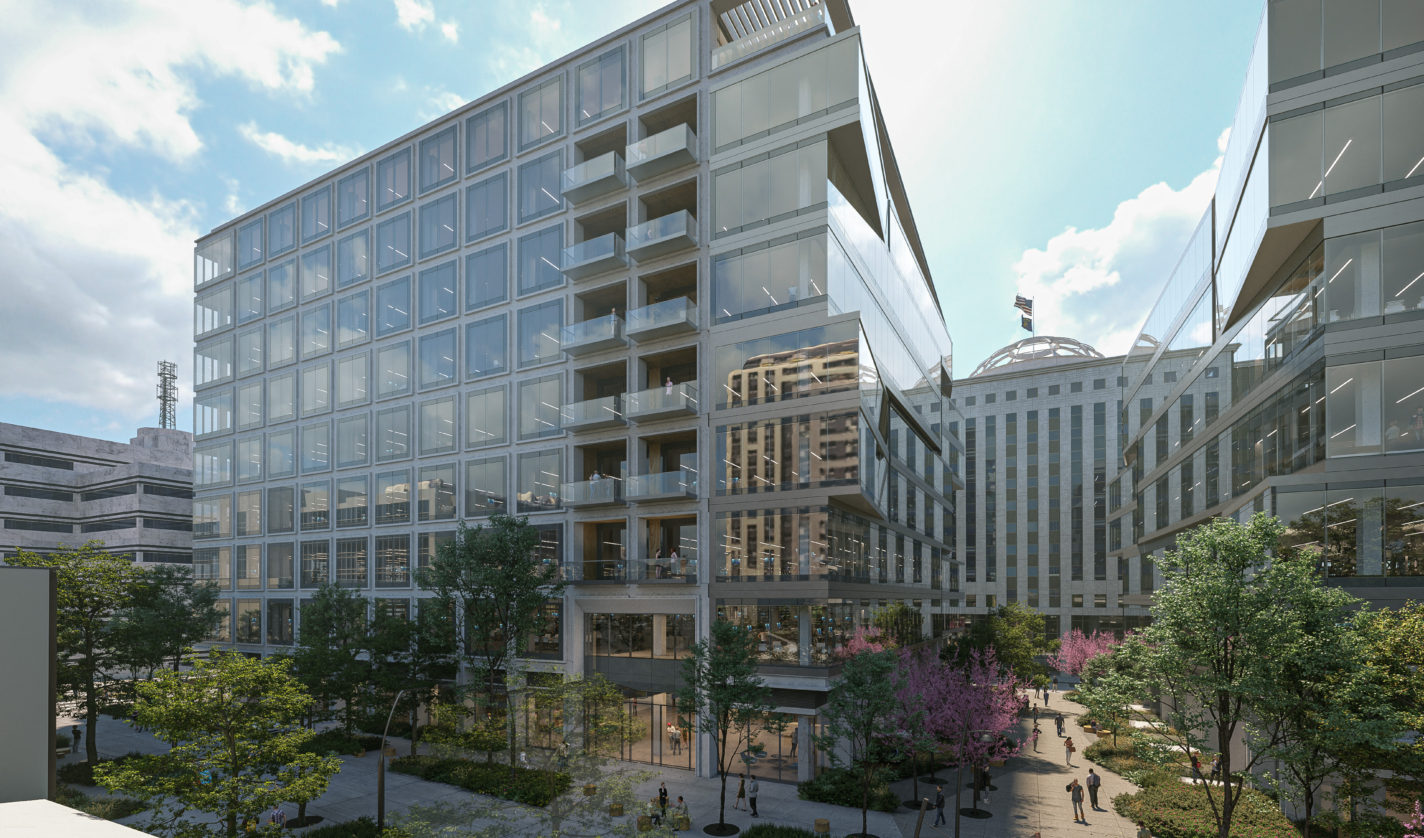 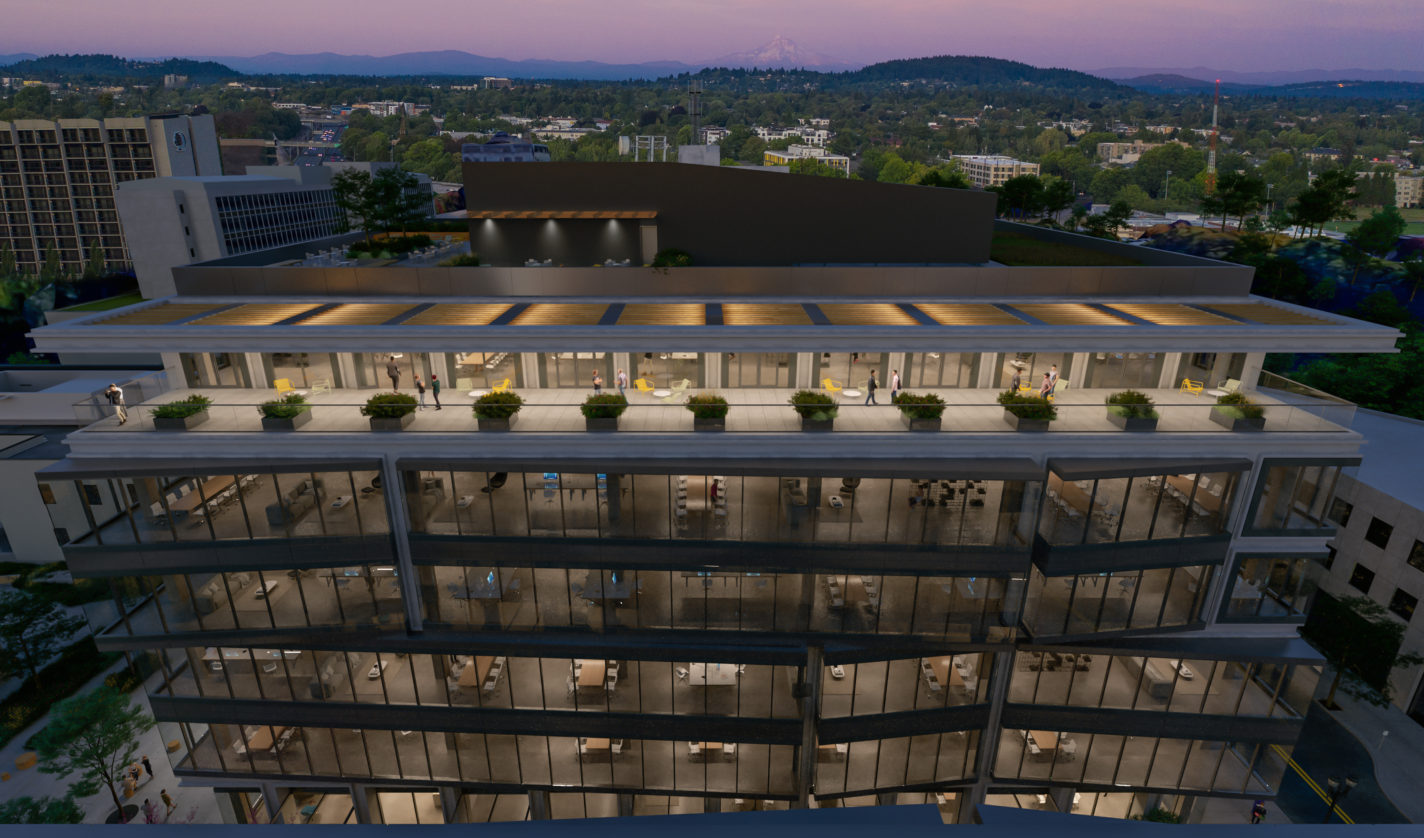 We are proud to announce that the two buildings proposed for the Oregon Square superblock received unanimous Design Review approval at the beginning of October.  Two versions of the buildings were approved that represent 413,000 to 593,000 gsf of commercial office space.  The site is bounded by the Greenloop on NE 7th, and a reimagined NE Pacific Street as a woonerf (people street).  The site is adjacent to an open plaza between the two renovated existing buildings to the north.

The two buildings represent the most southern blocks within the American Assets Trust campus, including the LEED ND Platinum Hassalo on Eighth development which was completed in 2016.