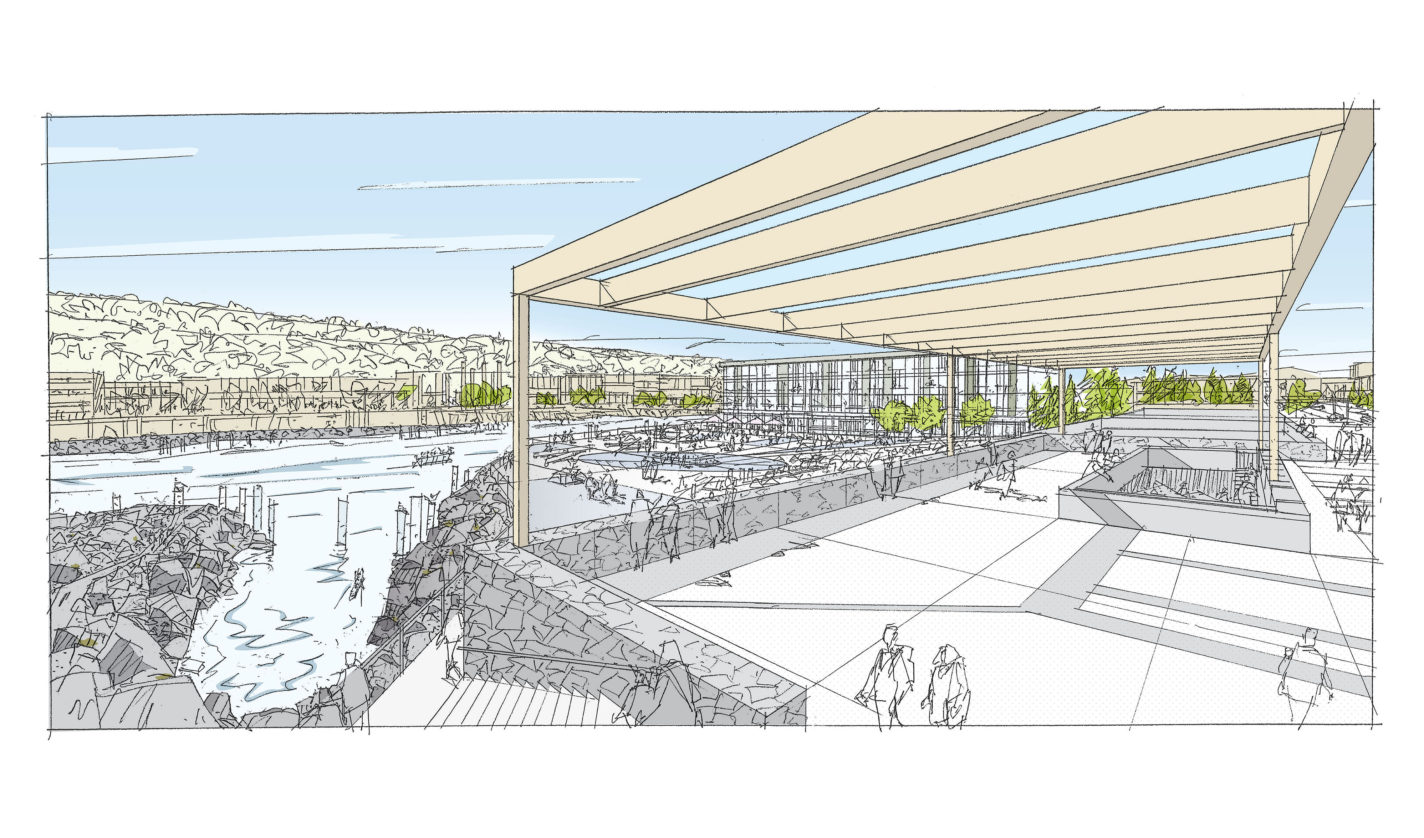 The Confederated Tribes of Grand Ronde purchased a 23-acre property at Willamette Falls that was formerly home to the Blue Heron Paper Company mill. The property sits on the east bank of the Willamette River in Oregon City and is located within the Tribe’s ancestral homelands land and holds significant historical and cultural importance for the Tribe.

GBD Architects and Walker Macy worked with the Tribe to create a Vision for the site focused on the central idea of HEALING.  The vision is guided by the values of spirit, place, people and prosperity and will includes environmental restoration that will restore long-lost natural basalt landscape and water channels, native plantings and restored riparian habitat, thoughtful mixed-use development, new tribal areas, public gathering spots, a long-planned Riverwalk, access to the falls and the opportunity to share the story of the Tribe and its historical and cultural connection to Willamette Falls.