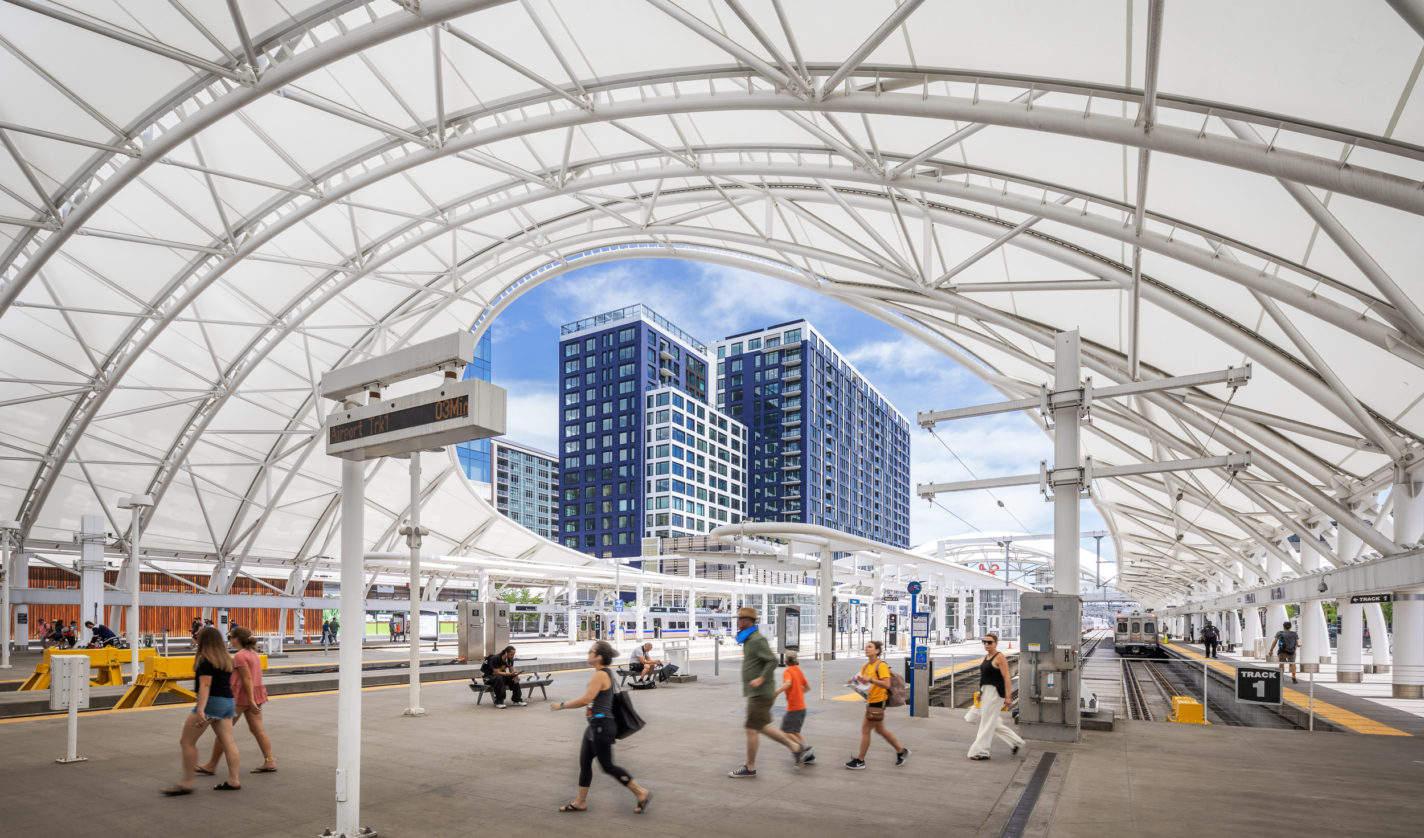 “The design of The Coloradan, by Portland’s GBD Architects, is outstanding when viewed from an assortment of angles and perspectives. There’s the strikingly clean yet fairly complex composition of a clutch of geometric solids spreading out graciously on the site (unlike so many other new builds that are tightly shoehorned into a space in order to squeeze every last nickel out of a project). There’s the sensitive placement of the entrances: On the street side, the main entrance sits behind an elegant forecourt; on the track side, the rear-entry door lines up perfectly with the pedestrian bridge, “borrowing” it as a grand processional that leads to the building. There’s the rich set of materials, with particularly nice cladding made from metal panels in white and gray, and luxurious terra cotta panels in a rich, bluish purple. The designers played tricks with these colors, allowing them to subtly morph the building’s appearance: The gray recedes behind the purple, while the purple recedes behind the white. This orchestration of colors is just one of the many examples of the marvelous eye for detail displayed throughout; the garage screens are another. The Coloradan also has an unusual amenity: an independent visual-art venue, Union Hall.

The Central Platte Valley, immediately west of Union Station, was a dusty railyard a decade ago. Since then, every last square foot has been claimed for a development, and most have been done with a relatively higher architectural standard than those in other, newer areas of the city. Even so, the Coloradan really stands out.”