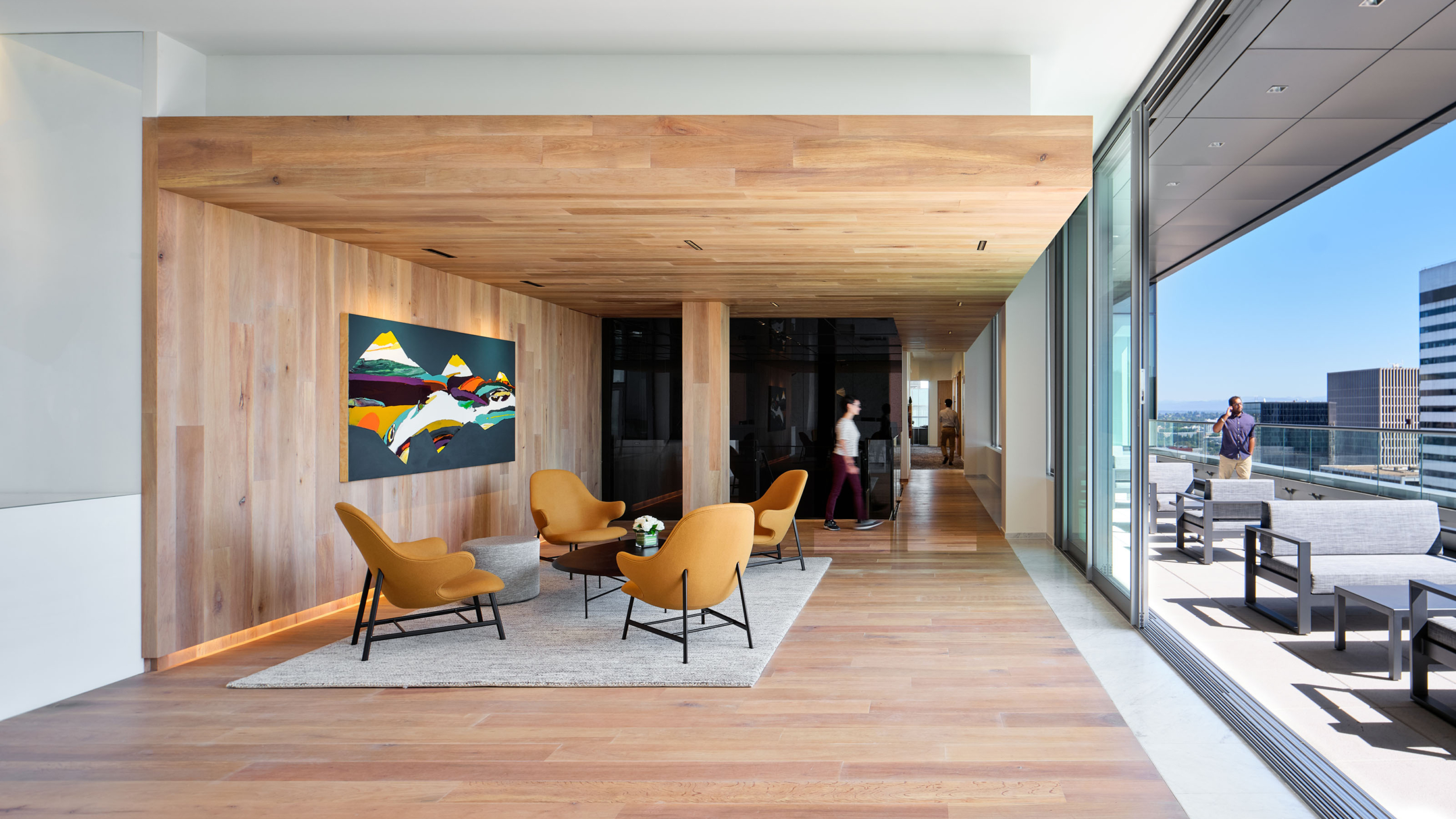 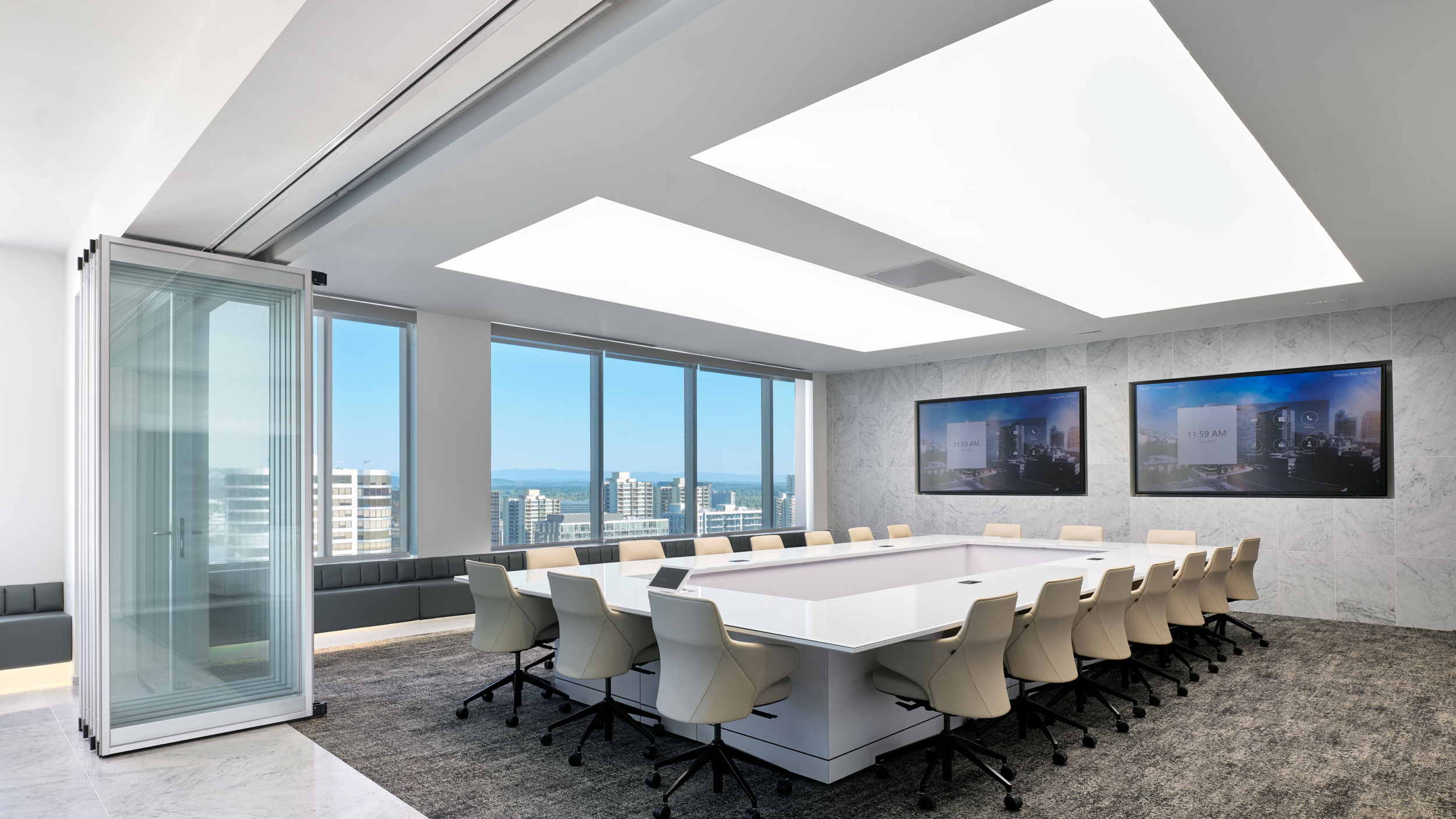 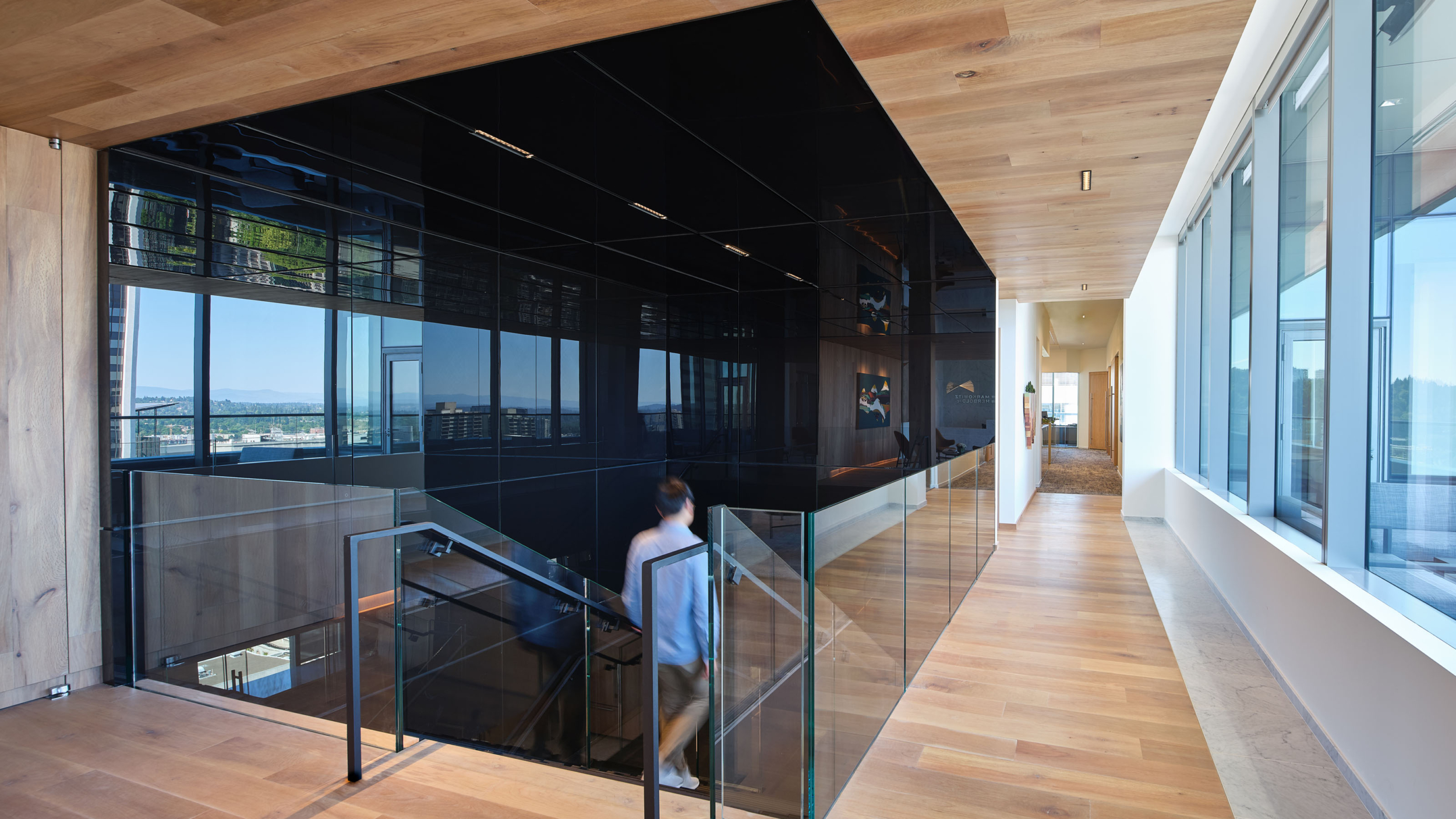 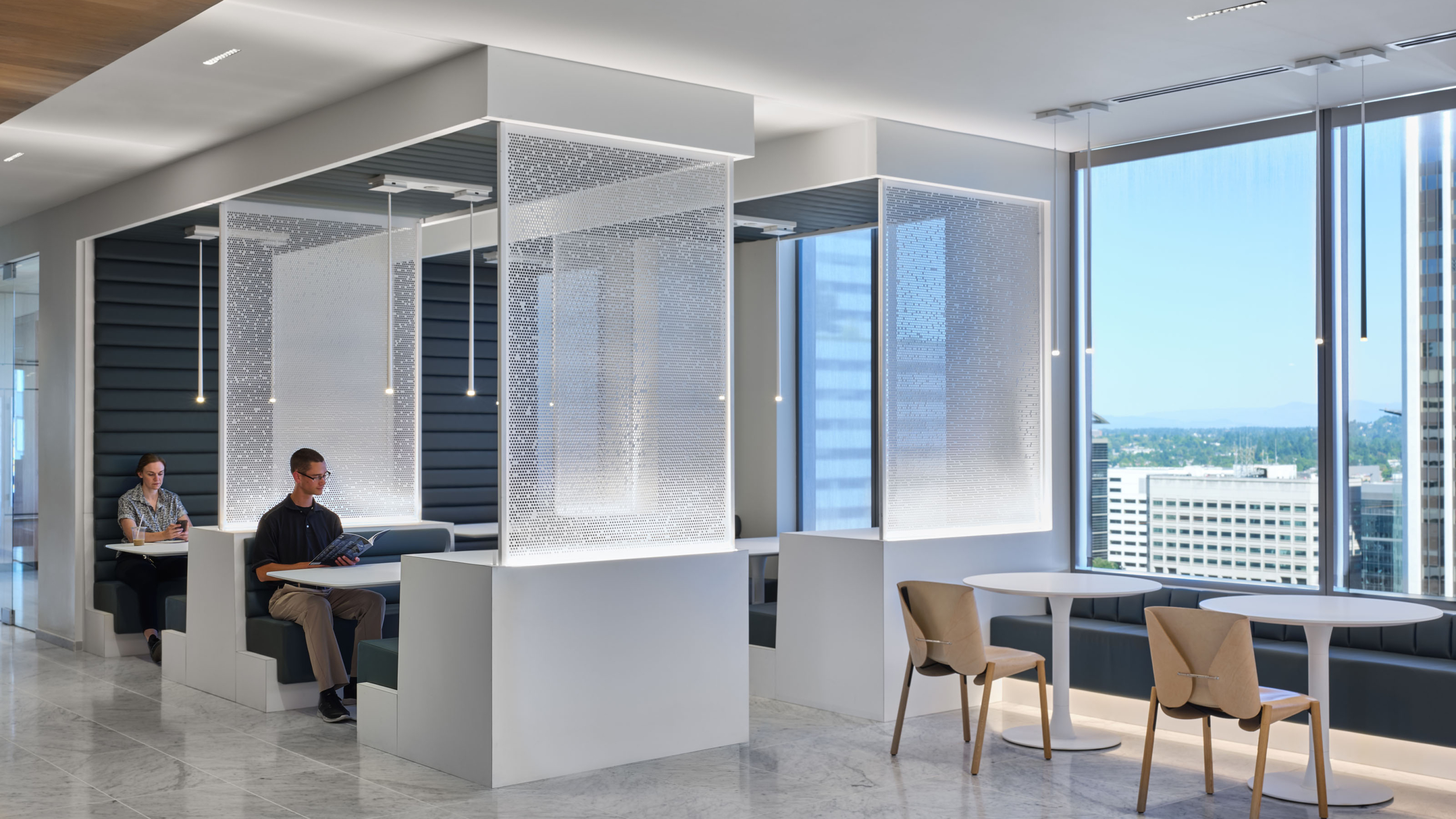 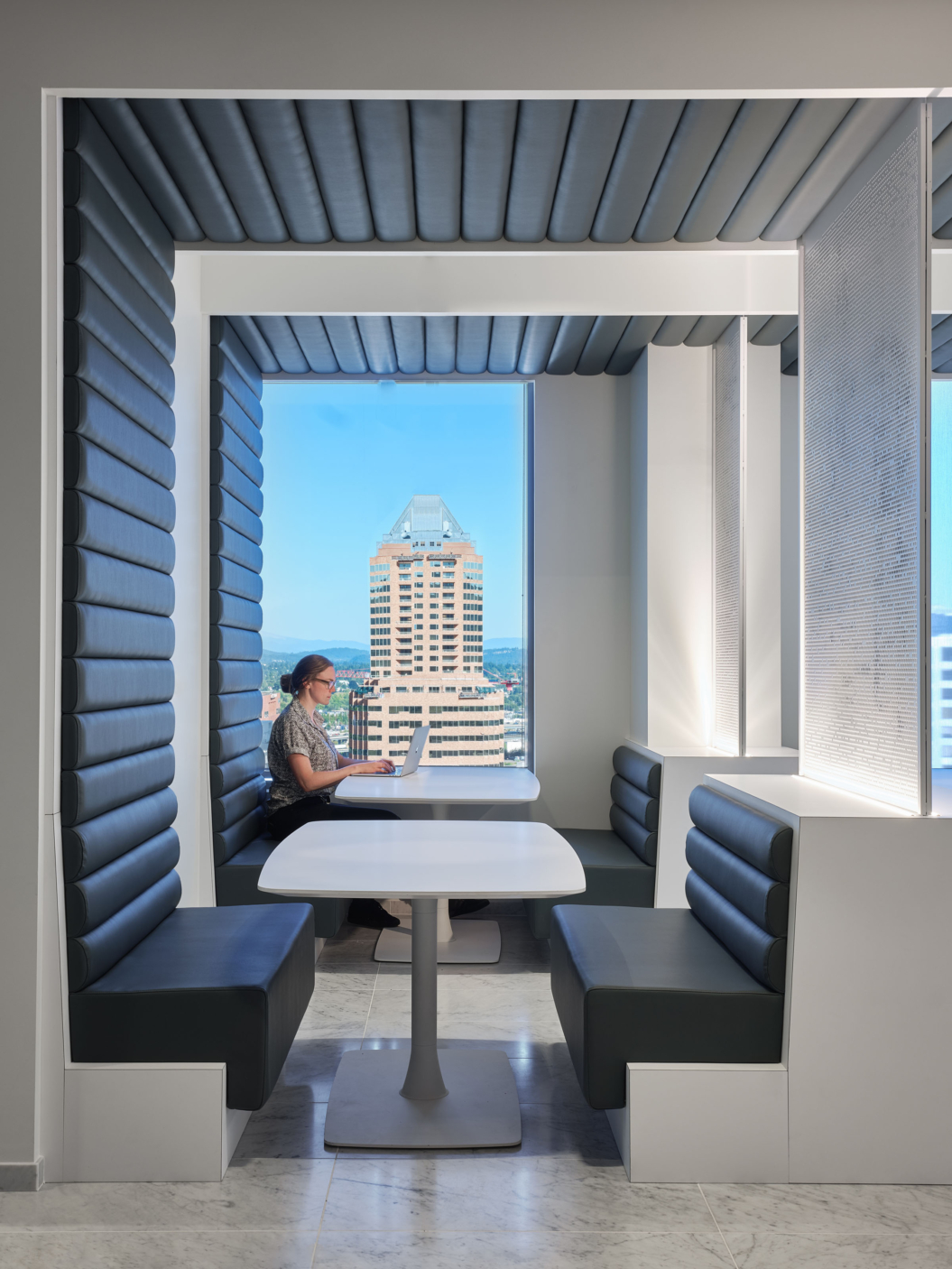 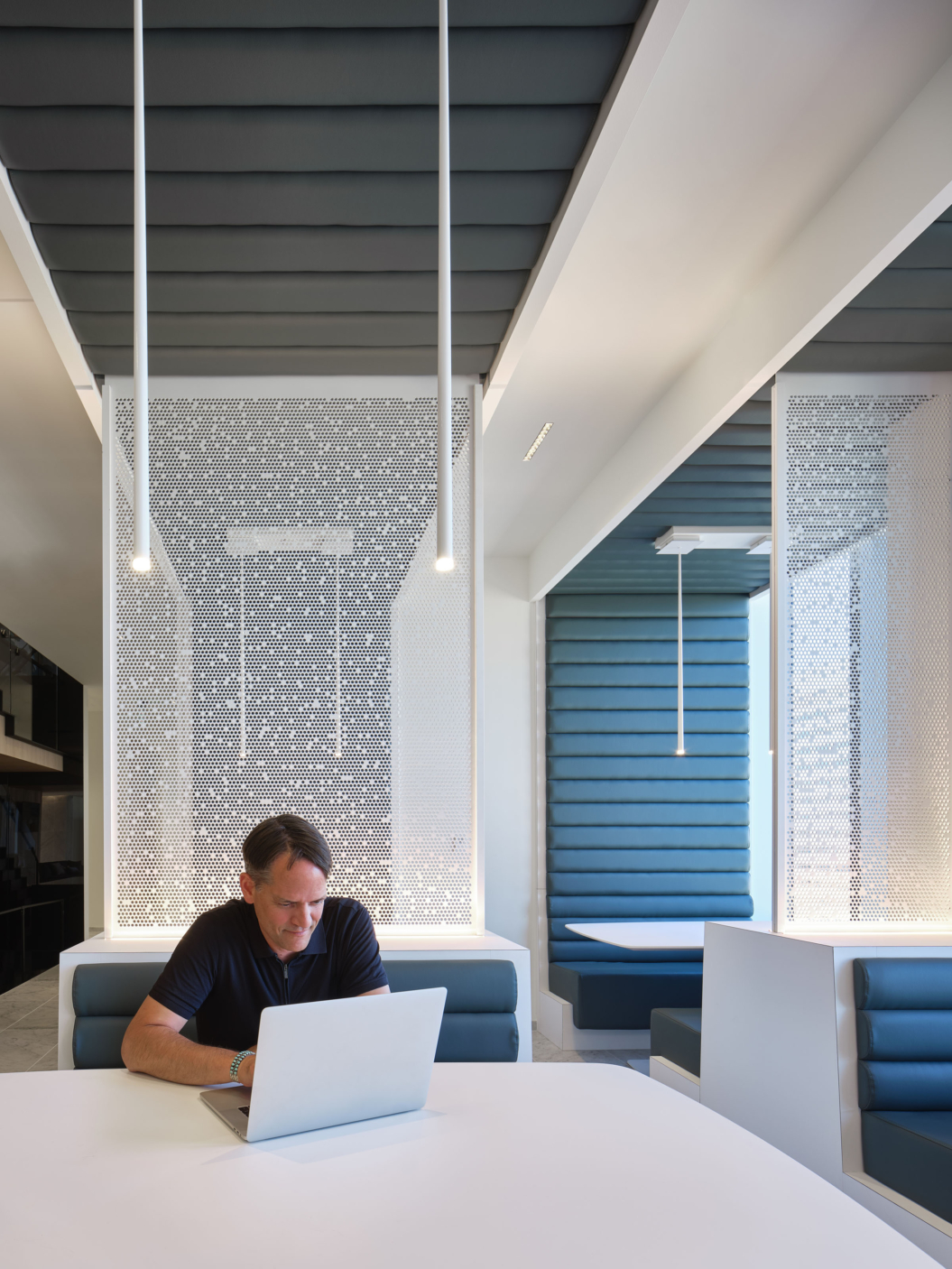 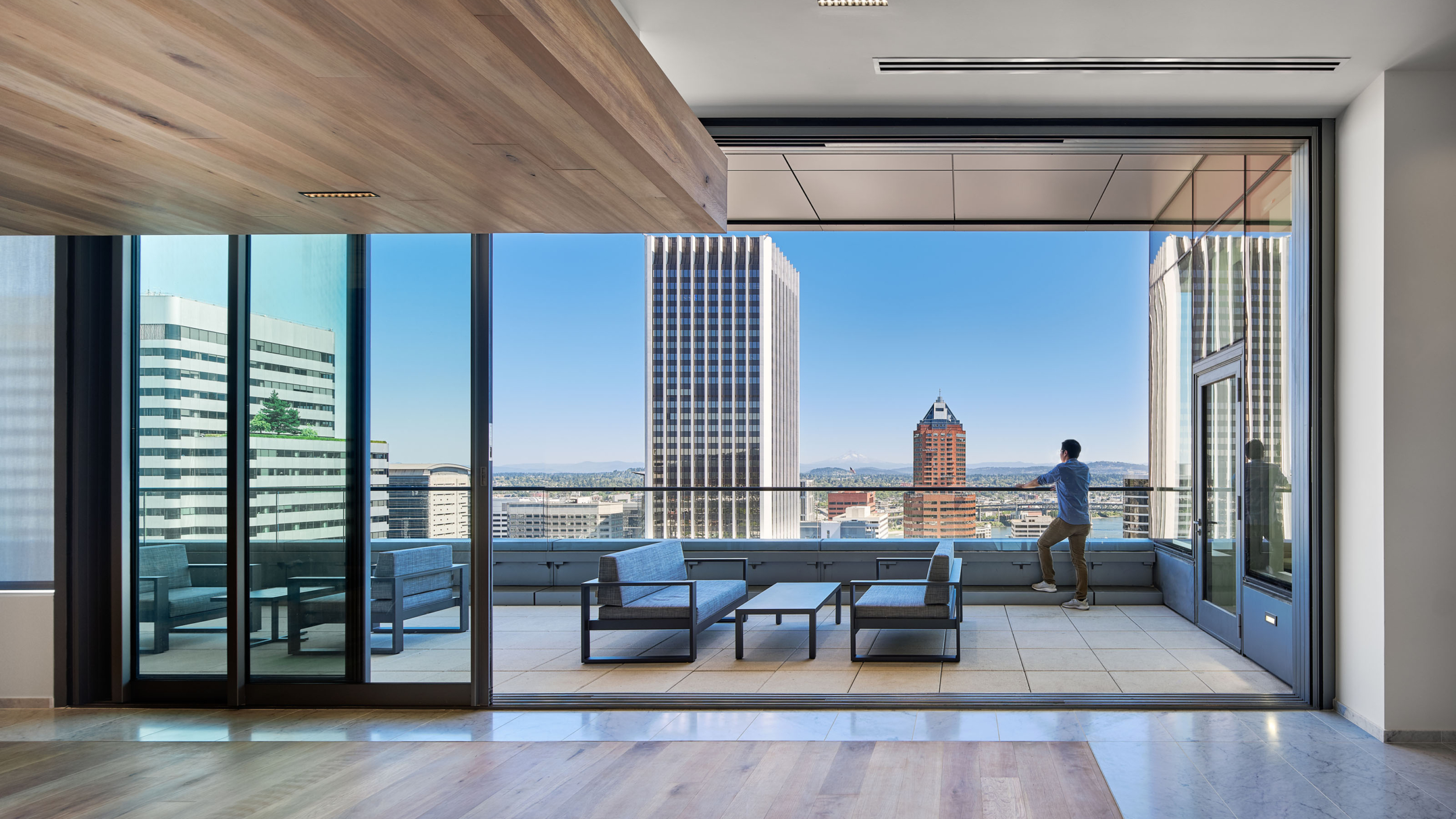 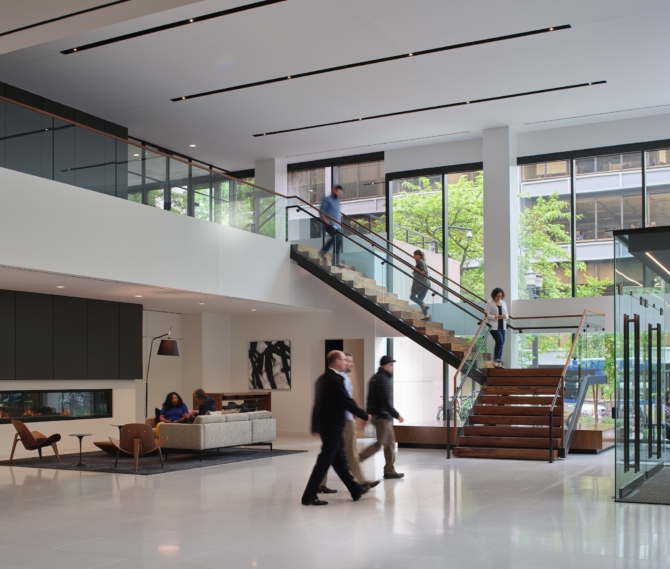 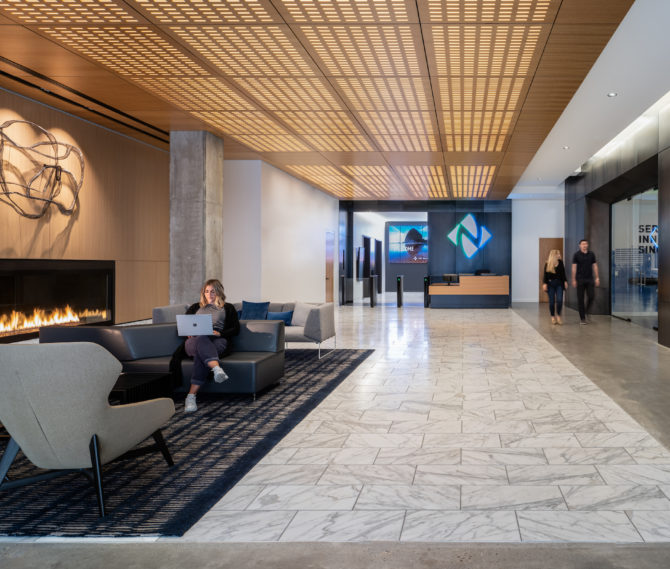 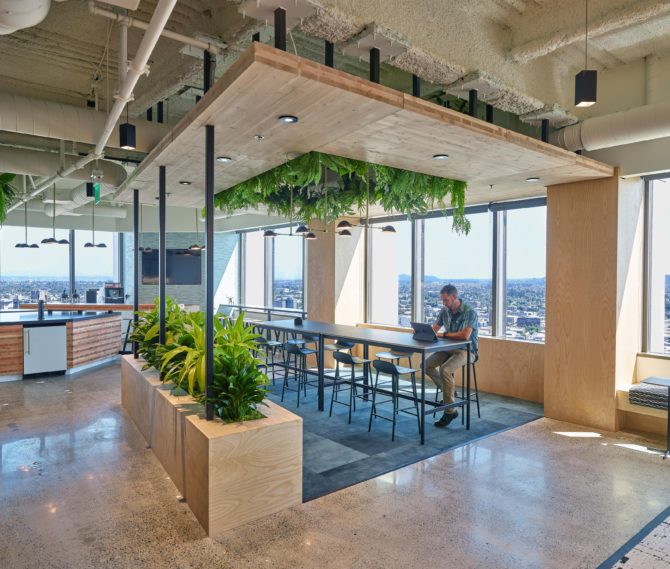 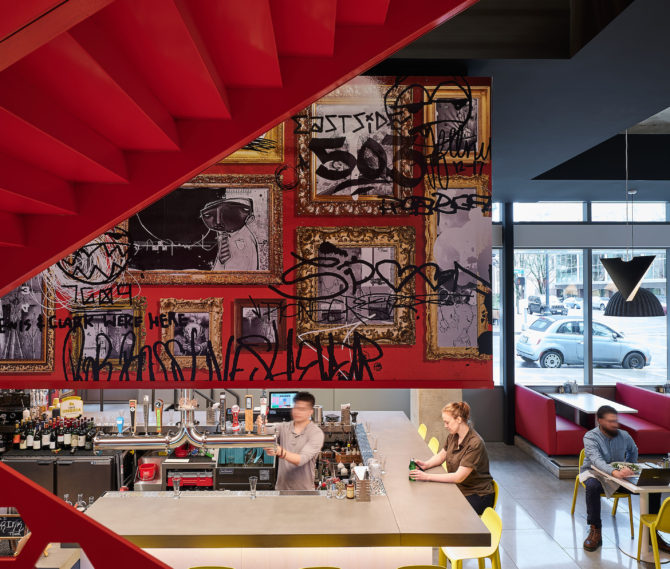 Markowitz Herbold is known as one of the premier litigation firms in the Pacific Northwest. Their 26 year history has been marked with top-floor suites in several of Portland’s most notable buildings. As a result, it came as no surprise the firm decided to lease the top two floors of Portland’s newest mixed-use high-rise.

Conceptually, the layout is composed in response to the buildings’ shallow bay depth. Staff areas on the north and south flank a public zone in an effort to establish a nexus on each floor that adjoins an outdoor terrace. The articulation of the architecture in conjunction with a sophisticated finish palette were conceived to satisfy the client’s request for a “reasonably spectacular” outcome.

By being involved early in the project the design team was able to suggest some significant and impactful changes to the core and shell of the building. This included the addition of a centralized connecting stair and the replacement of a portion of the existing curtain wall with a full height sliding glass wall system that opens to the 19th floor terrace.

The overall design concept was derived from early visioning sessions and conversations with the client. They were looking for a space that would reflect their sophistication and prestige while still alluding to their personality and flair. The clean, geometric forms and clear delineations of materials balance a bold new artwork collection and some feature furniture pieces with unique forms and details. The highly reflective black glass at the stair surround provides an element of drama and unexpectedness to the refined materiality elsewhere.

Through the use of simple architectural forms, a restrained material palette, and an emphasis on their outstanding new artwork collection, Markowitz Herbold’s new office reflects an elegance and sophistication worthy of their legacy as an award winning legal team in the Northwest.