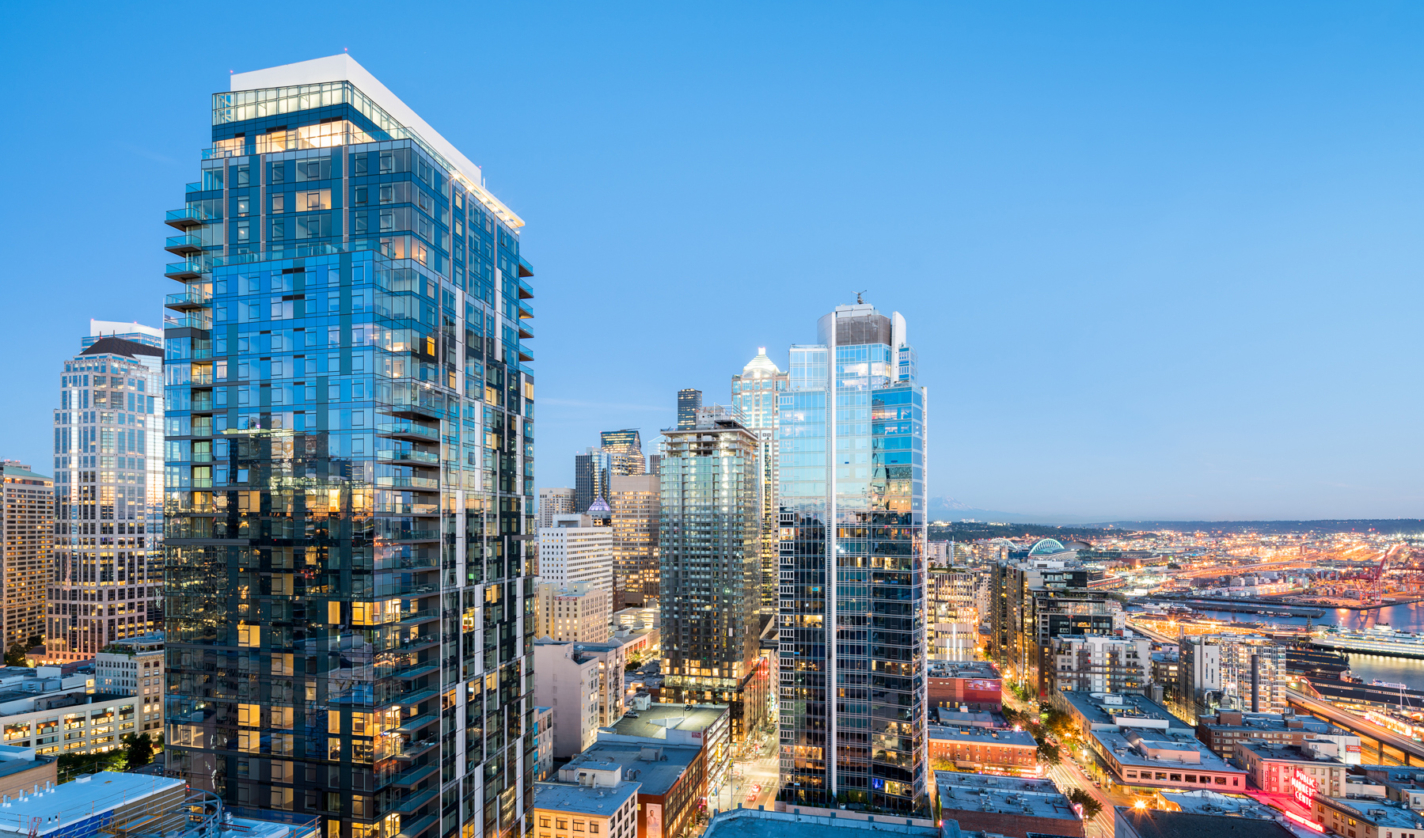 After three years of construction, Helios (formerly 2nd & Pine), was completed and opened its doors in September of last year, and standing at 440 ft, the tower has begun to make an impact downtown. For years, the parcel was an open pit. Later, it was a surface parking lot. What was once a glaring ‘gap’ in Seattle’s dense grid has now been filled. Located one block from Pike Place Market, with breathtaking views across Seattle’s skyline and waterfront, Helios was crafted to truly enhance the urban fabric.

The team of GBD (Design Architect) and Weber Thompson Architects (Executive/Interior Architect) took inspiration from the vibrant, urban location and subtle street grid shift for the tower’s concept. The resulting tower delights from all angles – the north and east facades are tranquil and subdued, with reflective and patterned spandrel glass mirroring the shifting Pacific Northwest sky. The south and west facades have playful vertical staccato rhythms of fritted spandrel glass. From the water, these facades add visual interest to Seattle’s energetic, vertical skyline. The 40-story apartment tower contains 398 residential units and 4,000 sf of ground-floor retail.

Since early 2014, Seattle Police have been battling crime in downtown Seattle with an initiative called the “9 ½ Block Project.” The Project’s efforts, combined with the development of this and other formerly blighted or vacant properties, are helping to reduce crime and further establish downtown as a vibrant place to live, shop and dine.

Some fun facts about the building:

Since opening, the building is 67% leased.

For more photos and info, check out the Helios project page here, and the project leasing page here.