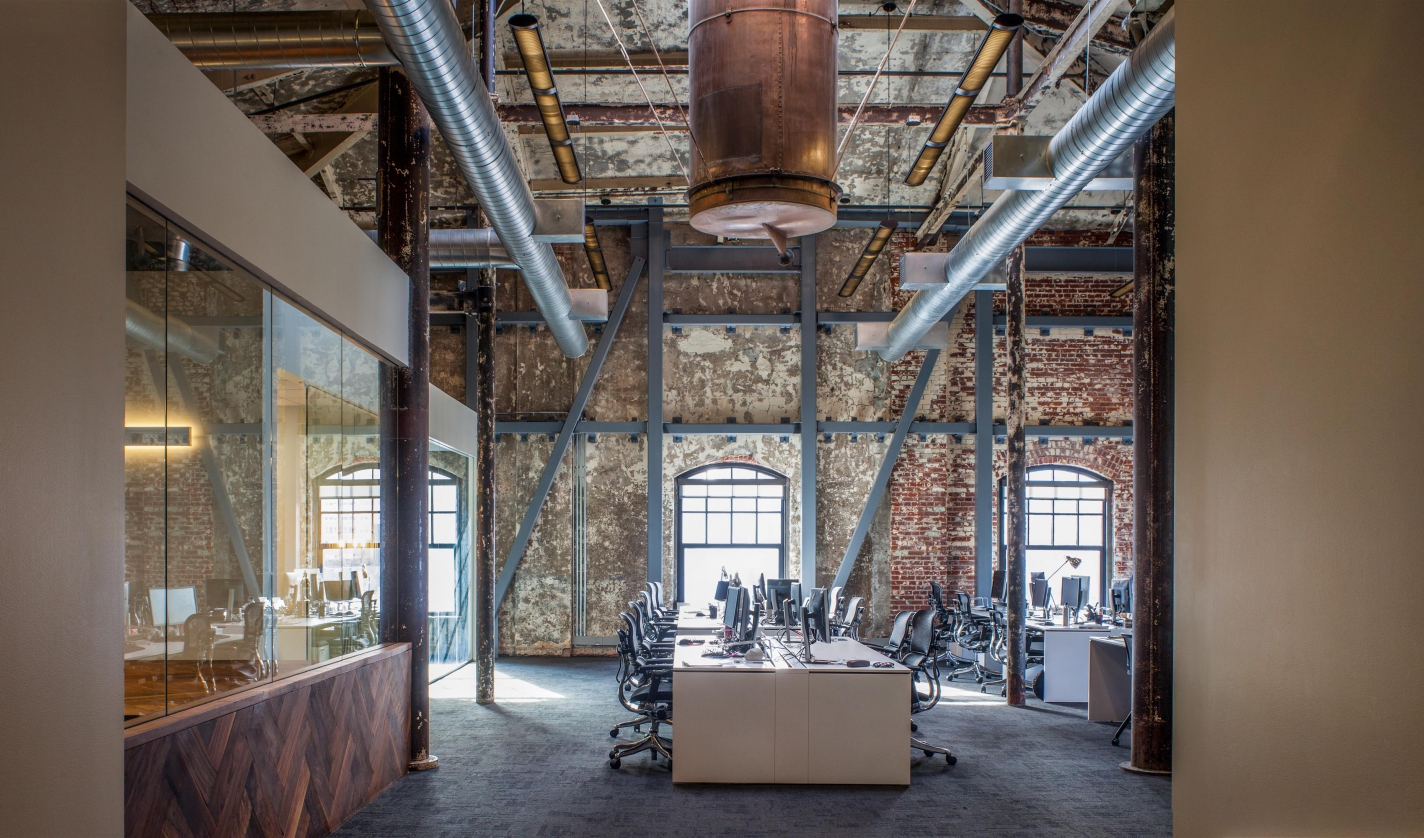 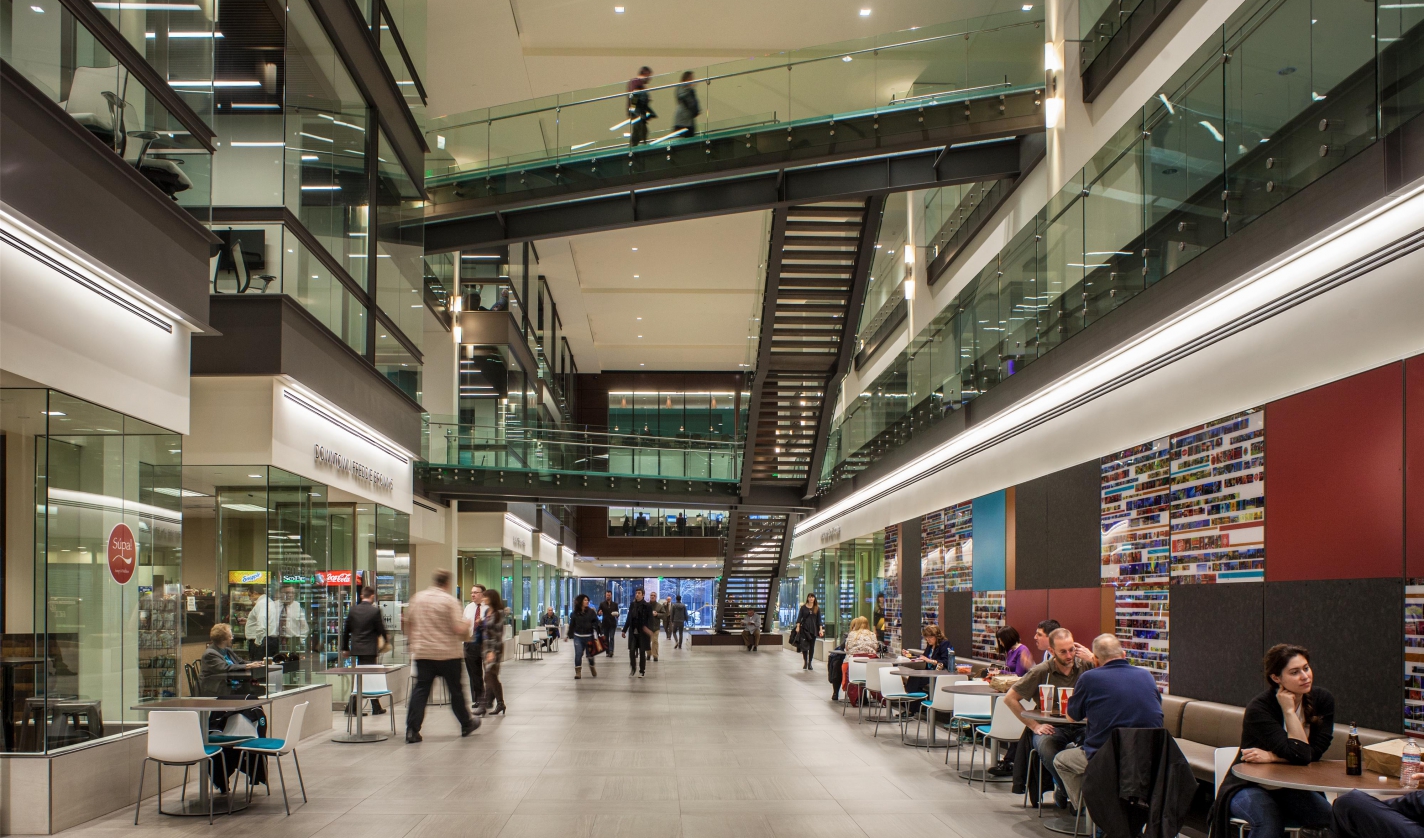 We are very pleased to have won two awards at the 2015 IIDA Oregon Design Excellence Awards ceremony.

In awarding the Best in Category for Interior Urbanism, the jury commended the project’s ability to transform the office tower lobby and atrium into a modern streetscape filled with light and activity.

In selecting AKQA to receive the Gray Award, Gray magazine noted: The design team was tasked with removing the bland corporate office quality of the space, allowing a century of heavy use to shine through. The restraint to leave as much existing funk as possible, and add new design elements only where needed, was the single most important guiding principle.

Congratulations to both the projects teams, and to all the other winning projects at this year’s ceremony.