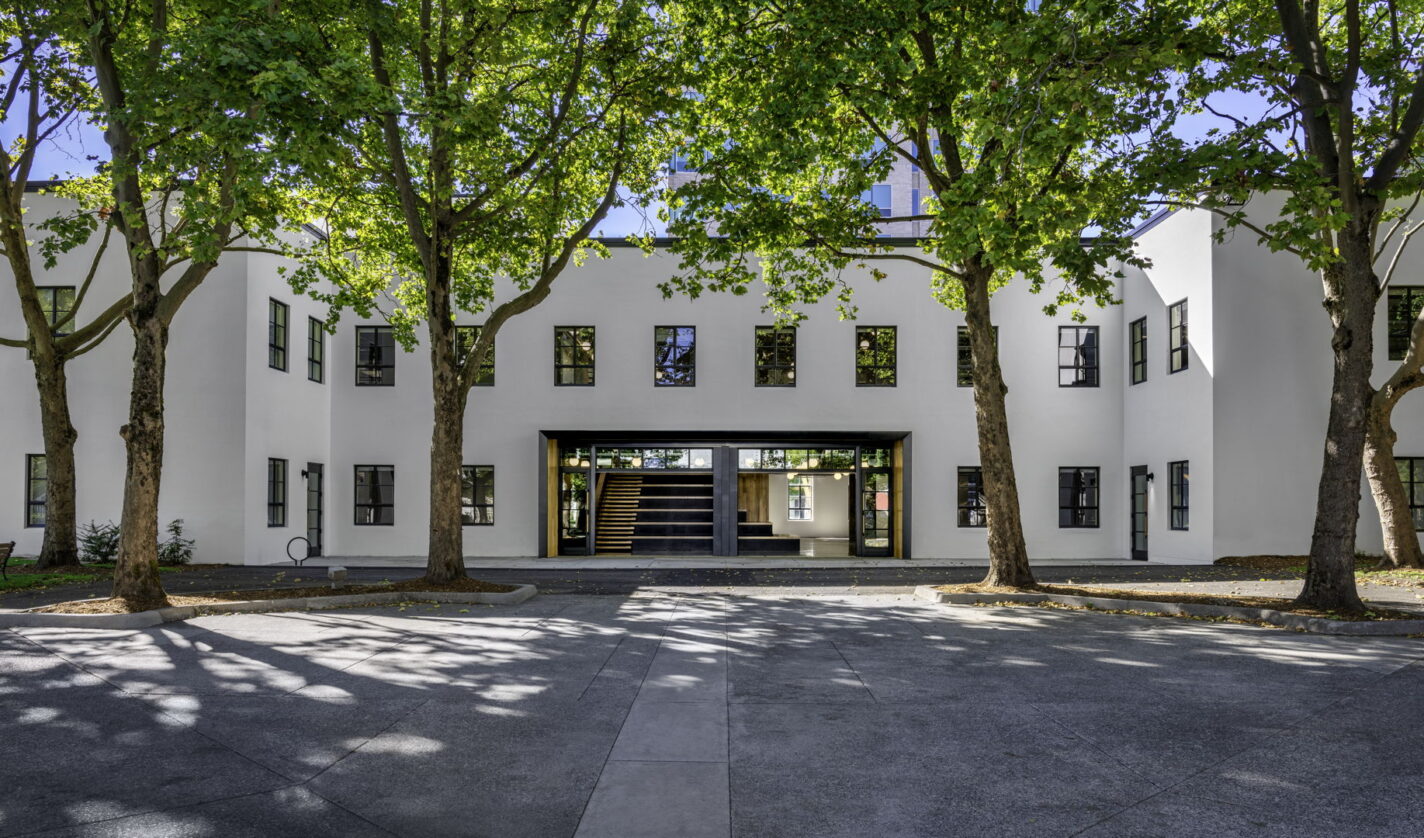 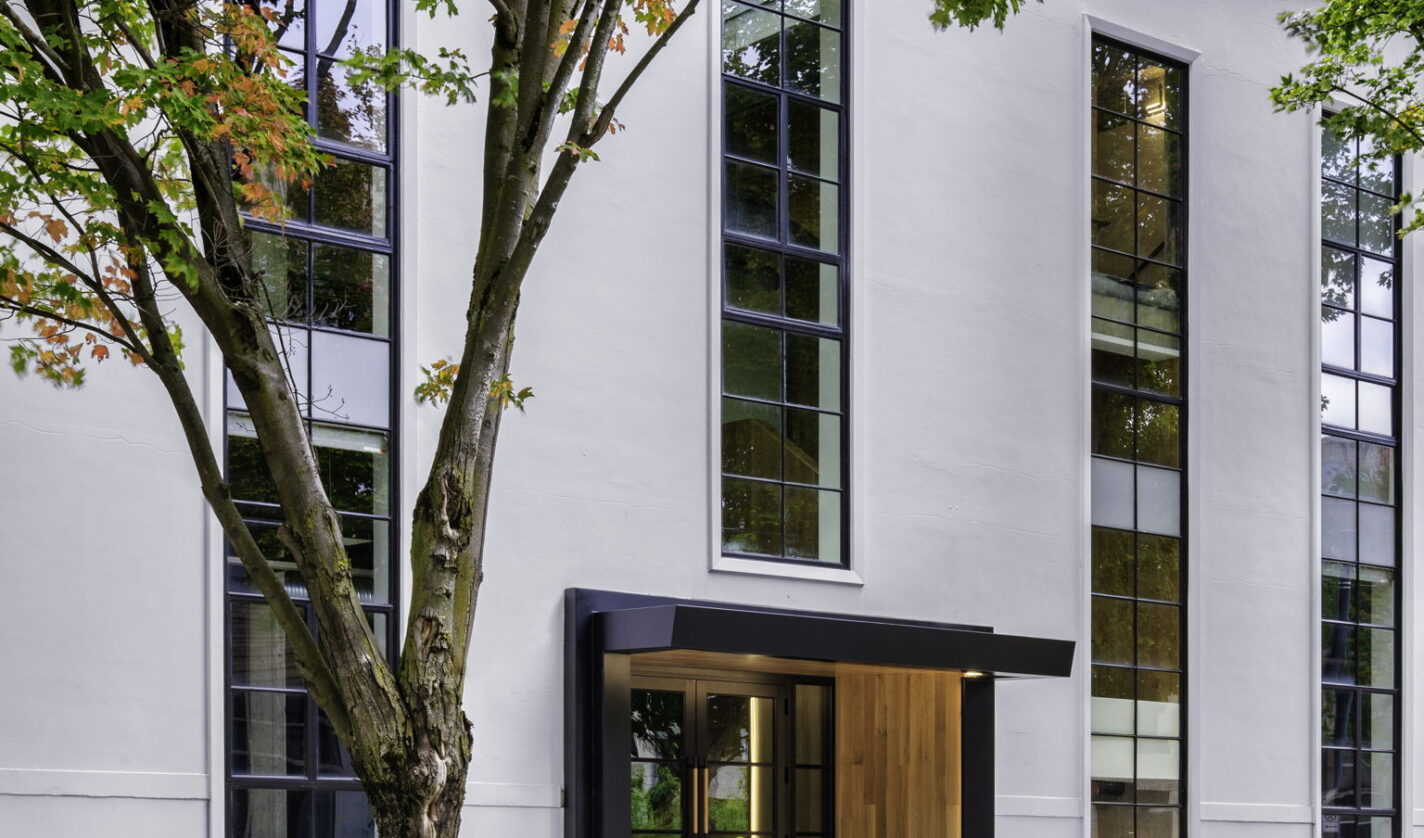 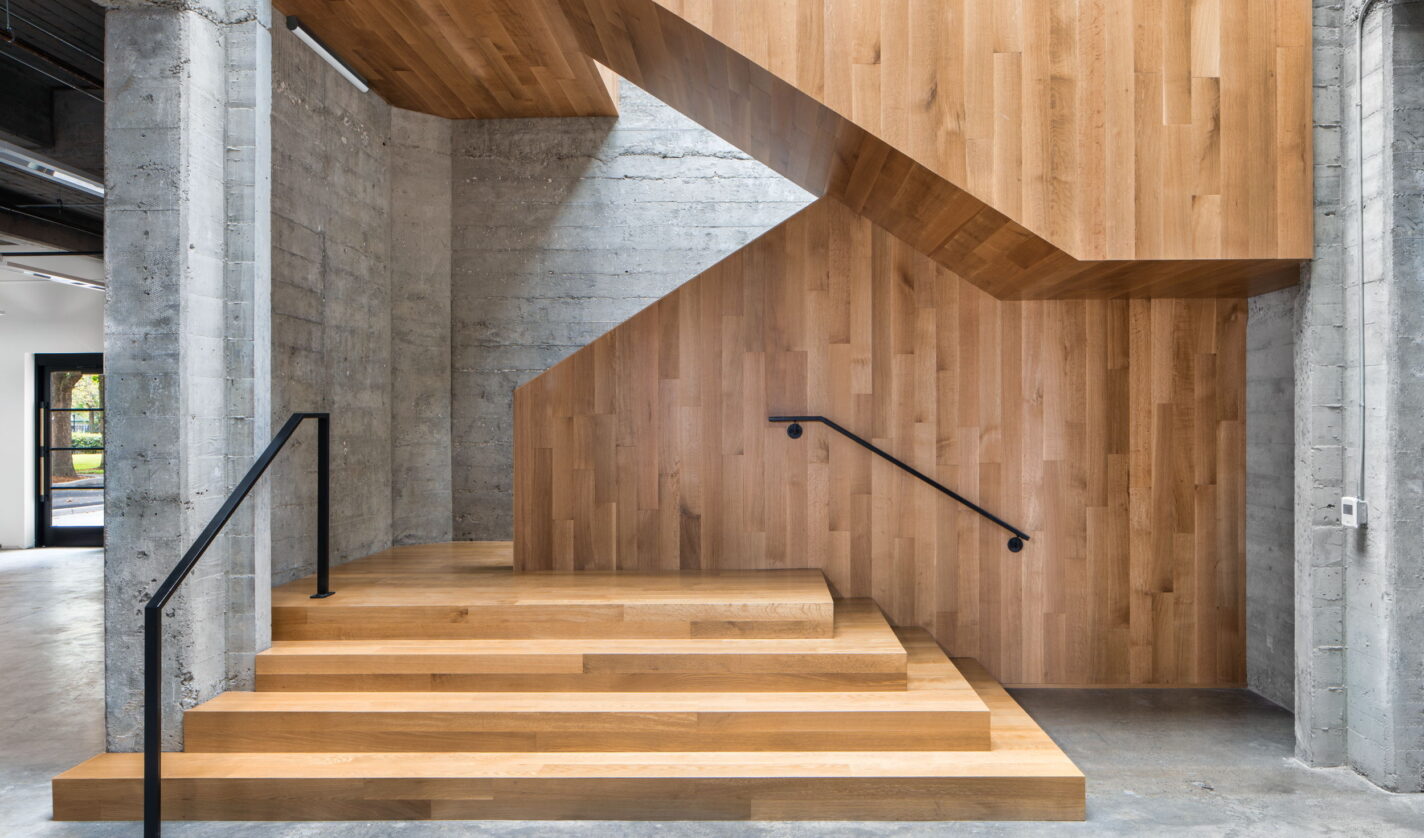 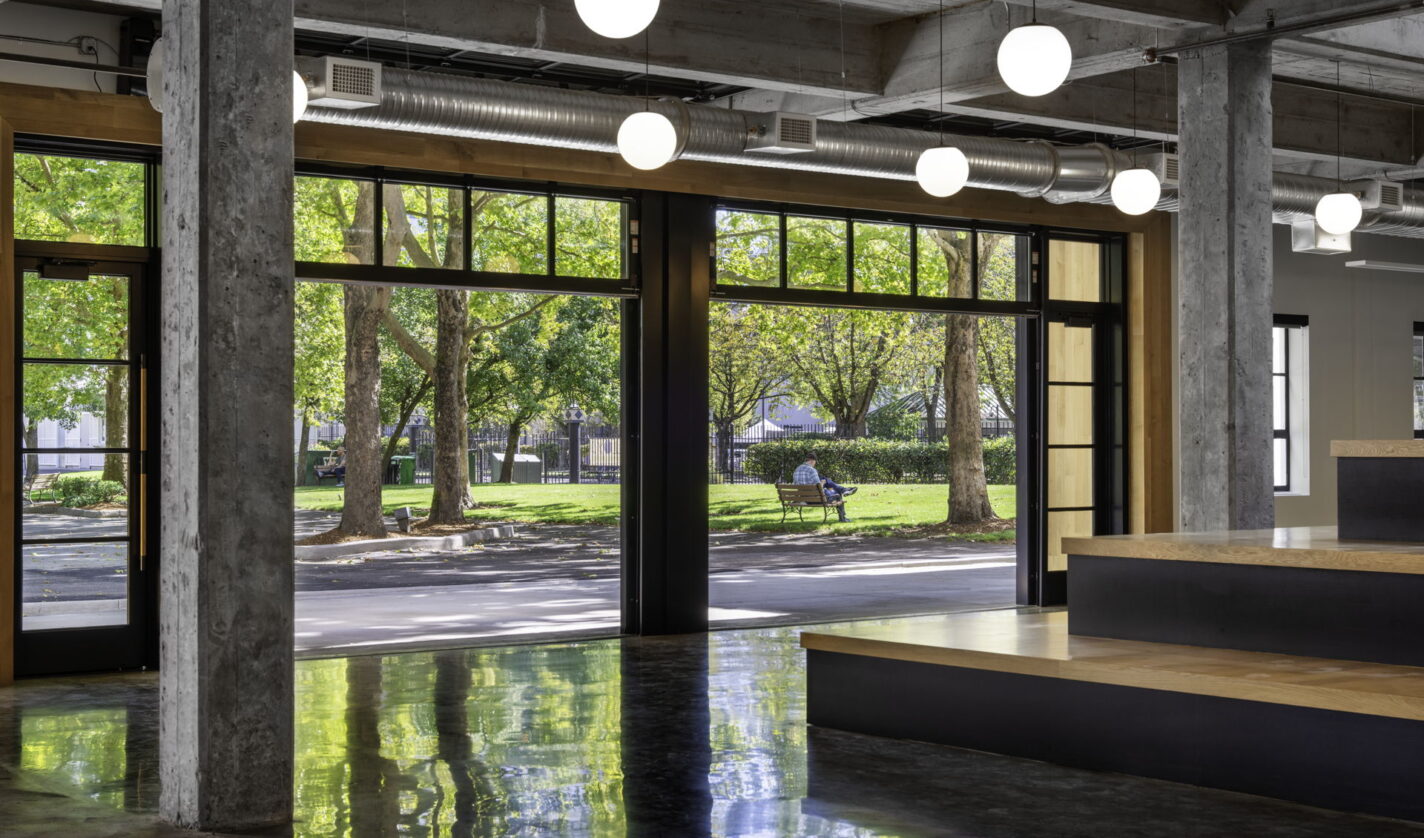 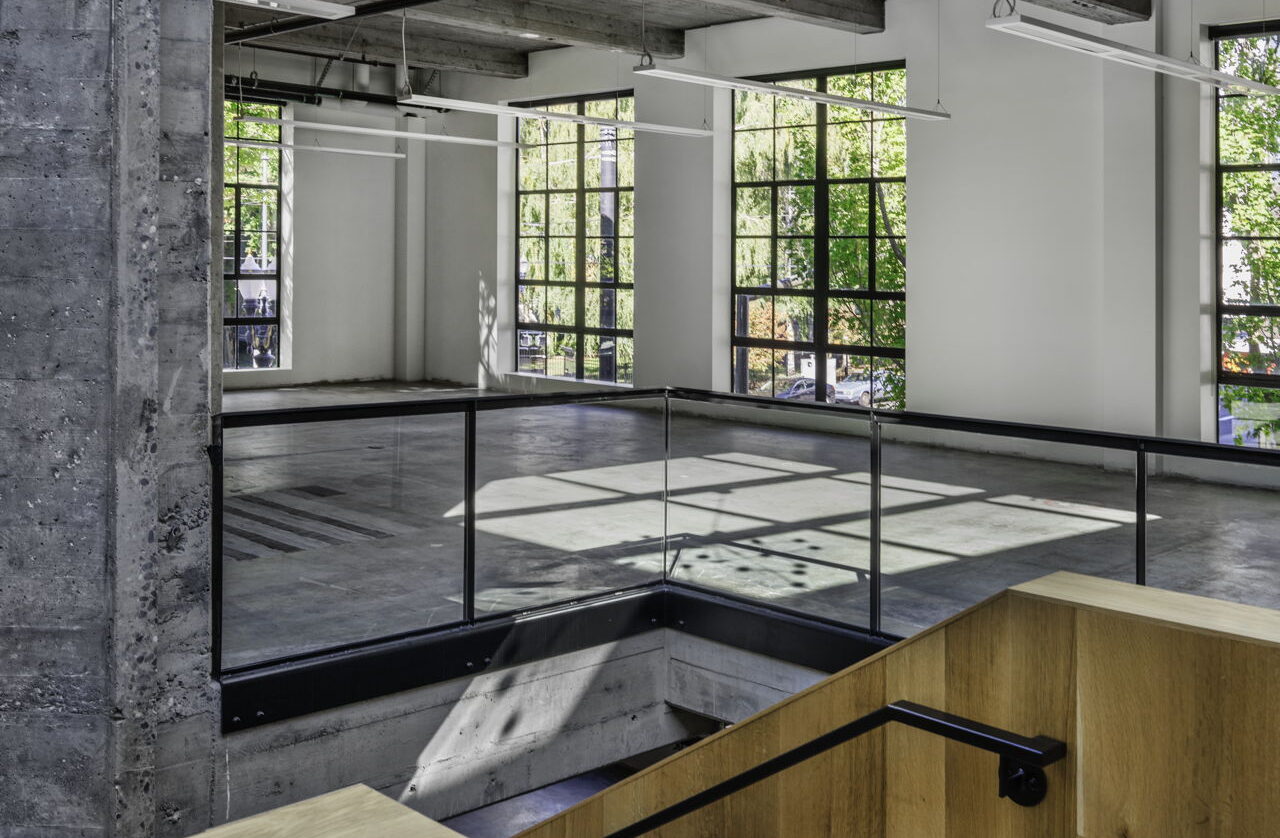 Our Oregon Square Redevelopment project is being honored with Restore Oregon’s DeMuro Award! This program works for the revitalization, reuse, and community preservation within our state.

The two buildings (similar but not identical) bookend the Oregon Square Plaza, providing an opportunity for unique design details. The architectural style of both buildings belongs to the early modernist era with steel-framed windows arranged in simple large vertical openings on a mostly flat façade. The exterior renovations for both buildings maintained the original art deco style details.

Both buildings were built in the late 1940’s, used as office space since that time, and sat vacant for over a decade as they both required drastic renovations to be relevant in today’s office market.

Missing a “sense of arrival” for visitors, both buildings had small, compressed entry vestibules, and lacked ADA compliant entries.  The interior spaces were cut up with corridors, small rooms, and utilitarian stairs.  While the building benefited from large windows, most of the glazing was opaque spandrel glass which covered high sills and dropped ceilings.

Both buildings presented many opportunities to modernize. The structures themselves had tons of character using board-formed concrete. In both buildings, we removed the dropped acoustic ceilings, exposed the structure, and opened height. In the vestibules, we cut in skylights and opened light wells through the second floor to create dramatic entries. We removed the spandrel glass and lowered windowsills to expose as much clear vision glass as possible to add enormous daylighting.