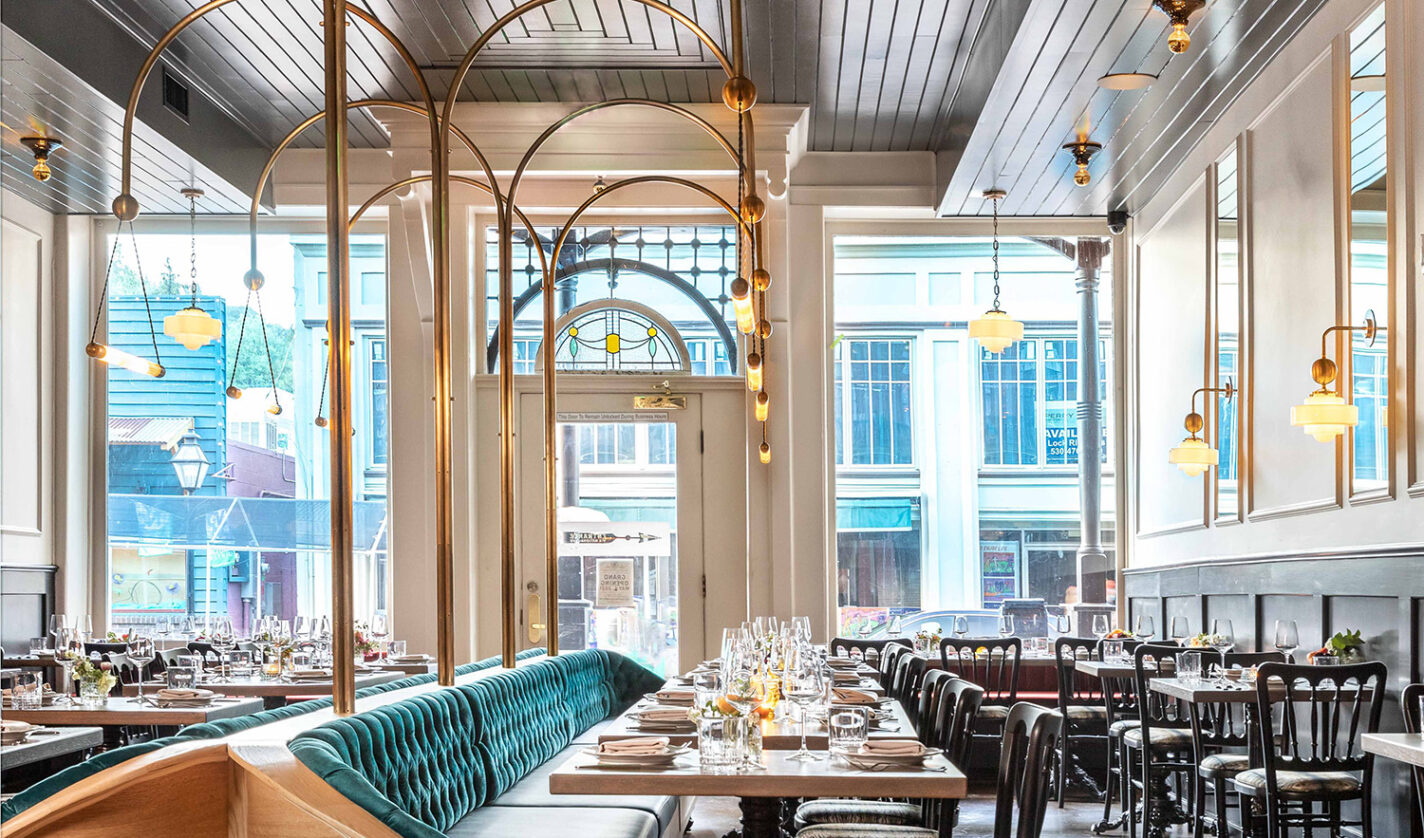 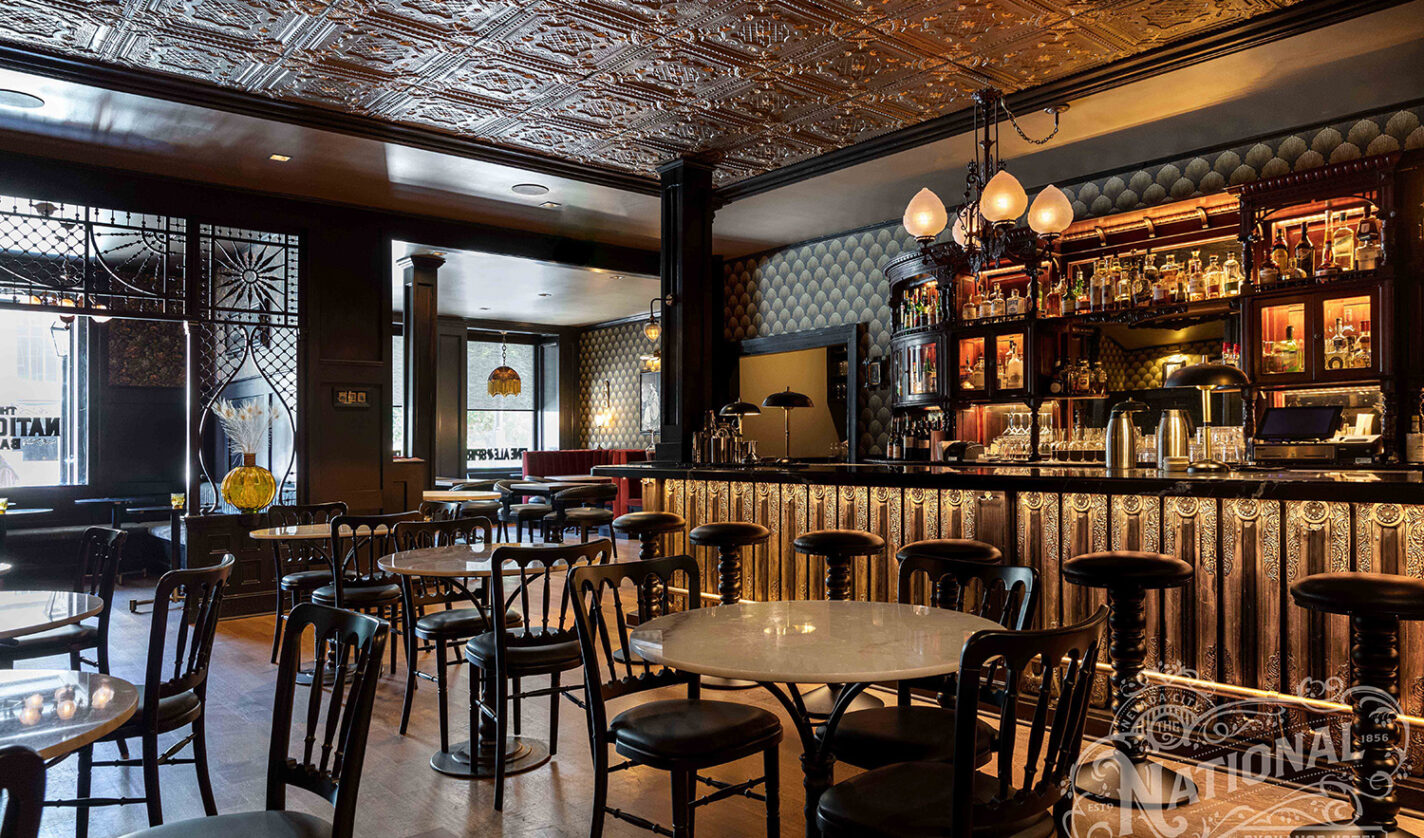 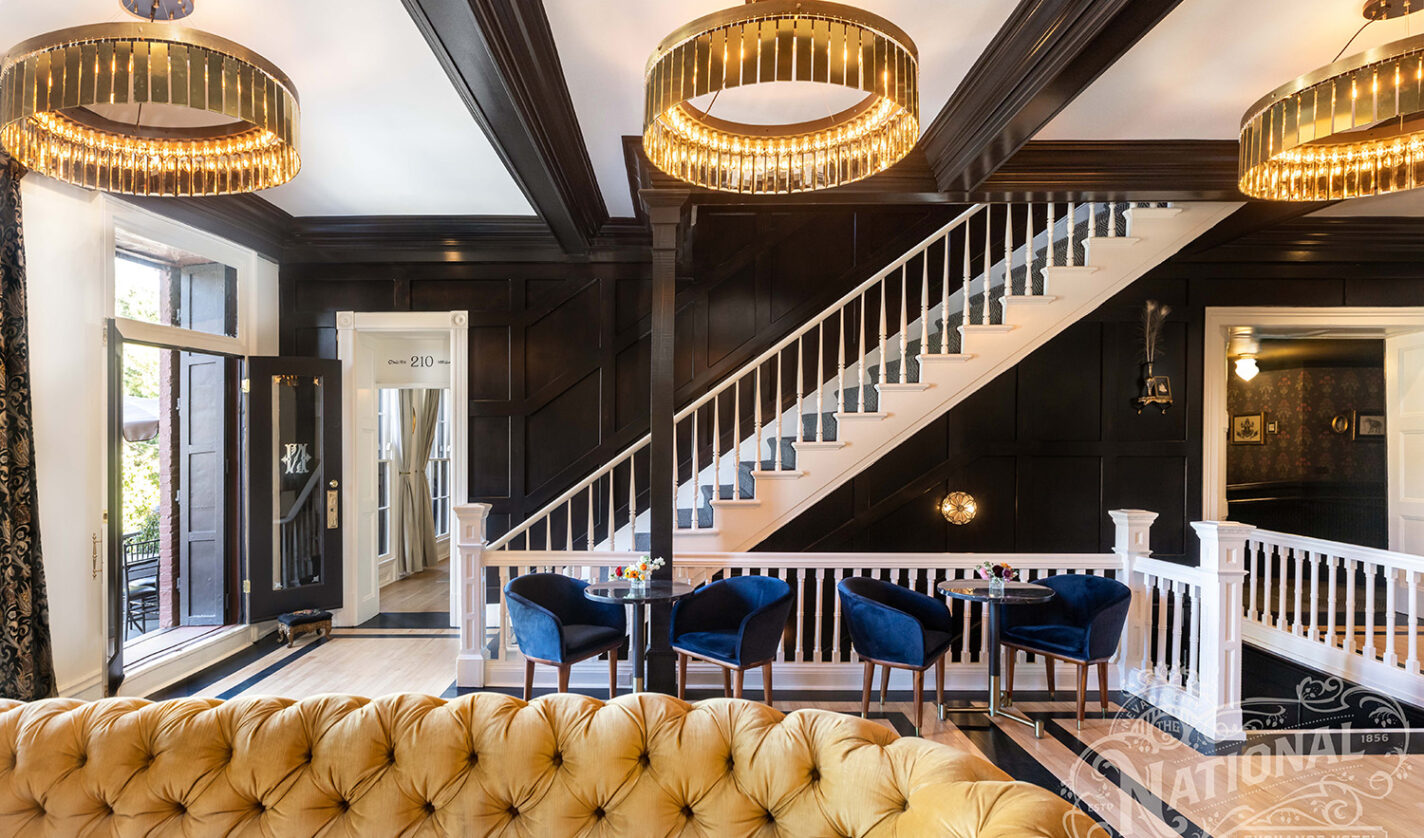 A Pair of California Hotels Mine History for a New Chapter

Restoring two of California’s oldest, most storied hotels was not technically an adaptive reuse project, but the scope of the undertaking was no less daunting. “It was instantly both exciting and terrifying,” says Acme Hospitality managing partner and owner Sherry Villanueva, recalling her initial 2018 visit to the Holbrooke Hotel in Grass Valley, California and the National Exchange Hotel in nearby Nevada City. The landmarked properties were built during the Gold Rush in the mid-1800s, and are located four miles apart in the Sierra Nevada foothills—approximately an hour drive from Sacramento.

Villanueva, who has helped put Santa Barbara’s Funk Zone district on the hospitality map, understands the challenges and opportunities of investing in historic venues that are deeply connected to their communities. When overhauling the two properties, as well as developing ambitious F&B programs, Villanueva and her partners had to determine how to “meet [historic preservation] requirements as well as building codes for life safety and create a magical guest experience at the end.”

The Holbrooke had been in continual use (albeit plagued by deferred maintenance), while the National Exchange was in especially rough shape. “Every corner of the hotel was in dire need of renovation,” Villanueva explains. “The things you expect of a modern hotel were nonexistent [in both buildings].” This task required a delicate balance of respecting historic integrity to make necessary upgrades and getting wildly creative.

When drafting a narrative for the imagined characters of each hotel, the Holbrooke became a rugged frontiersman, who was “more like a Mark Twain than a Marlboro Man,” Villanueva notes. (It’s a deliberate reference, given that Twain was a known guest of the hotel.) This concept translated into a design that incorporates tasteful taxidermy, leather, local stone, earthy plaid textiles, and steel.

As for the National Exchange, the hotel’s character is centered around an artistic, self-styled free spirit loosely based on dancer and actress Lola Montez, who is the real-life inspiration behind the onsite Lola restaurant. Brass, velvet, Victorian-inflected wallpapers, and a rich, dark palette resulted from the conjured image of a woman who’s “elegant and timeless in her beauty, but also has a little bit of mystery,” Villanueva says.

Areas of the National Exchange were reconfigured to add private bathrooms, reducing the number of guestrooms from 42 to 38, whereas the floorplan of the 28-key Holbrooke remained mostly intact. Despite a preservation that honors the 165-plus-year legacy of both properties, Villanueva “didn’t want [the hotels] to be stuck” in any particular era, she says. Carefully considered Art Deco and even 1970s-inspired flourishes reflect this longer, holistic approach to living with the past. This new chapter has produced destinations that “are vibrant and alive, [where] you’d want to celebrate life—and celebrate all periods of history,” Villanueva says.